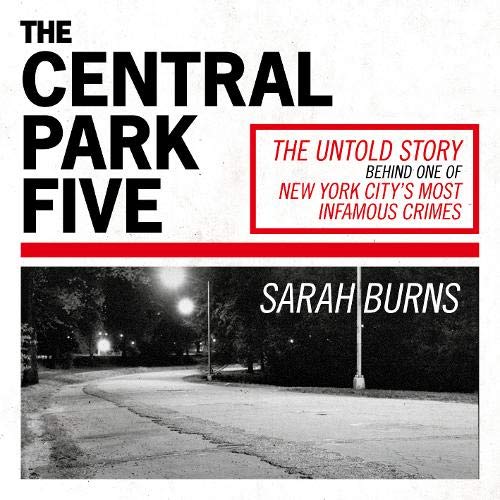 The case of the Central Park Five is being revisited with a new acclaimed Netflix limited series on the subject, When They See Us, directed by Ava DuVernay.

This is the only book that is going to tell you all you need to know about one of the most infamous criminal cases in American history. A trial that, 30 years on, still bears a striking and unsettling resemblance to our current political climate in the era of President Donald Trump.

In April 1989, a white woman who came to be known as the 'Central Park jogger' was brutally raped and severely beaten, her body left crumpled in a ravine. Amid the staggering torrent of media coverage and public outcry that ensued, exposing the deep-seated race and class divisions in New York City at the time, five teenagers were quickly apprehended - four black and one Hispanic. All five confessed, were tried and convicted as adults despite no evidence linking them to the victim.

Over a decade later, when DNA tests connected serial rapist Matias Reyes to the crime, the government, law enforcement, social institutions and media of New York were exposed as having undermined the individuals they were designed to protect.

In The Central Park Five, Sarah Burns, who has worked closely with the young men to uncover and document the truth, recounts the ins and outs of this historic case for the first time since their convictions were overturned, telling, at last, the full story of one of America's most legendary miscarriages of justice.

What listeners say about The Central Park Five

Full of facts, short on character

Really interesting look at one of the most famous miscarriages of justice of our time. The writer handles process and detail better than character, but a certain 'flatness' is saved by a fine narration.