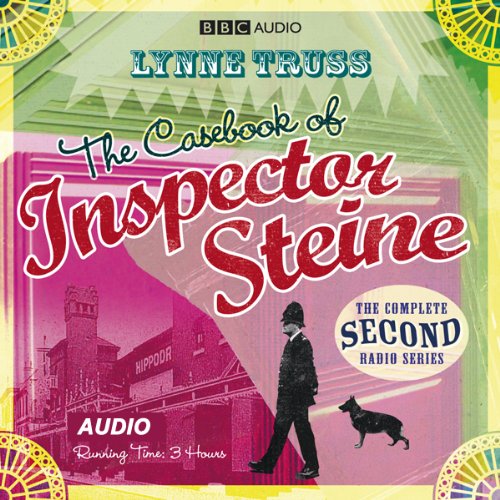 The Casebook of Inspector Steine (Dramatised)

It is 1957 and, as the series opens, all crime has stopped along the South Coast. But Mrs Groynes - the cockney charlady who is actually a criminal mastermind - is desperate to get back in business, and a performance at the Hippodrome gives her an idea. A day out in a vintage car turns out to be highly eventful, and Brunswick is kept busy organising a police open day featuring a range of criminal exhibits and going undercover as a careers master in a girls' school.

What listeners say about The Casebook of Inspector Steine (Dramatised)