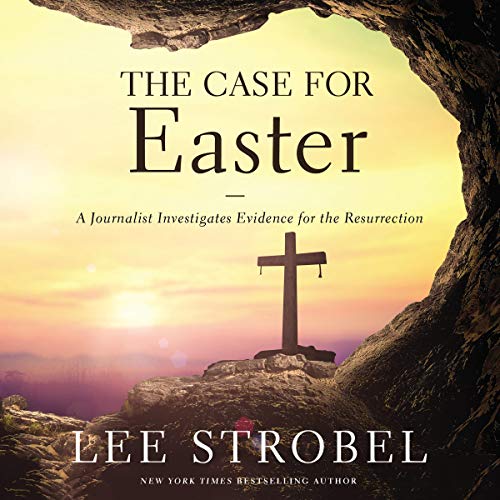 The Case for Easter: A Journalist Investigates Evidence for the Resurrection

Did Jesus of Nazareth really rise from the dead?

Of the many world religions, only one claims that its founder returned from the grave. The resurrection of Jesus Christ is the very cornerstone of Christianity.

But a dead man coming back to life? In our sophisticated age, when myth has given way to science, who can take such a claim seriously? Some argue that Jesus never died on the cross. Conflicting accounts make the empty tomb seem suspect.

How credible is the evidence for - and against - the resurrection? Focusing his award-winning skills as a legal journalist on history's most compelling enigma, Lee Strobel retraces the startling findings that led him from atheism to belief. He examines:

Authored in a hard-hitting journalistic style, The Case for Easter probes the core issues of the resurrection. Jesus Christ, risen from the dead: superstitious myth or life-changing reality? The evidence is in. The verdict is up to you.

What listeners say about The Case for Easter: A Journalist Investigates Evidence for the Resurrection

Romans 10:17 (KJV) "So then faith cometh by hearing, and hearing by the word of God." Praise God!!! loved this book & testimony. Glory to the Lord. John 8:32 "And ye shall know the truth, and the truth shall make you free."

The two and half hour audiobook is rich in philosophical and practical dialog concerning the evidence for the Easter resurrection. Even for a skeptic, it gives a lot to think about.

This book delves into some of the hard questions people ask about the death and resurrection of Jesus Christ. The author is not afraid to tackle some seemingly contradictions. This is a must read for every Christian and non-christian.

best evidence I have heard

the end was fantastic. I want more like this. Strobel is very good. keep me posted on his books.

I am already a believer but was encouraged, strengthened and refreshed by this book. Lee Strobel presents his interviews of experts with honesty and transparency.

I love the hard-hitting questions, the cold hard facts, and the analysis. for believers and for non-believers... This book is relevant and life-changing.

I love that Lee Strobel was so candid in his process of interviewing the experts in their given fields of knowledge. Because of his experiences and the evidence that was presented to him, Lee provides serious questions and conclusions for those on both sides of the argument to consider and wrestle with.
I believe in God first because of a spiritual and sacred witness from the Holy Ghost. But, my reason for faith doesn’t end there; it is bolstered by solid evidence provided by good scholarship. I have learned that evidence may not necessarily create faith, but it can provide an environment where doubt can be suspended and faith can begin to flourish.
If any critic can provide firm evidence to counter the claims, arguments, evidences, and conclusions reached in this book, then Christianity has a problem. However, in all my searching and study I haven’t heard or read anything that comes close.

Absolutely spot on. The kind of stuff you can put down. 0lMade an enchanting reading