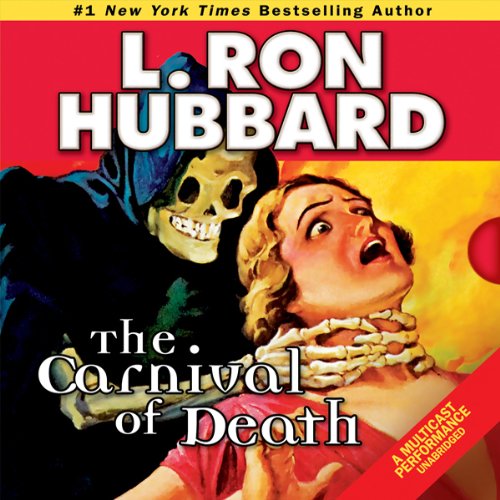 The Carnival of Death

In the movie The Big Sleep, Bogart as Philip Marlowe follows a trail of decadence and murder on the dark side of L.A. But even the seamy underside of the city of angels pales in comparison to the freak show found by undercover U.S. narcotics agent Bob Clark . . . in The Carnival of Death.

Clark’s investigation begins with cocaine and leads to cold-blooded murder - the discovery of one, and then another, headless corpse. Who is behind the slaughter? Are the killings tied to the drug traffic? Or is a deeper, darker, and even more sinister conspiracy unfolding in the carnival?

There are plenty of distractions - bright lights and beautiful girls - but Clark better find the murderers of the midway fast. Because the next head that rolls could very well be his own.

What listeners say about The Carnival of Death