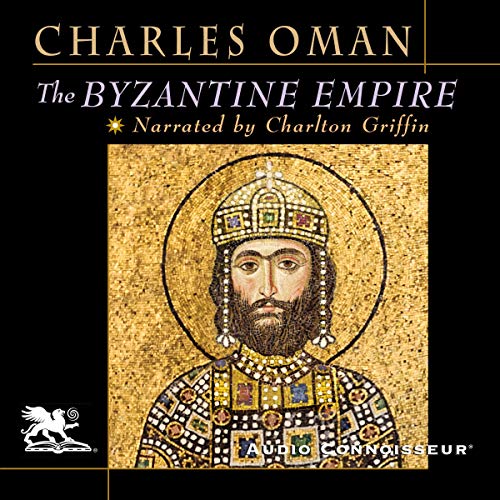 The Byzantine Empire survived as a self-contained political entity longer than any other in the history of Christianity. From the time Constantine the Great moved the capital of the Roman Empire to the Greek city of Byzantium in AD 330 - which he renamed Constantinople - to its downfall to the Turks in 1453, the great trading emporium and center of Orthodox Christianity remained the most dazzling metropolis in the world. Its palaces, its Hippodrome, its art treasures, and its churches were the wonder of mankind. For more than 1,000 years, Christian civilization was at its zenith in this magical, mysterious, and magnificent city.

This history by Charles Oman is a catalog of good, bad, and indifferent emperors who either pushed Byzantine Civilization to new heights or savagely drove it to defeat and dissolution. It is a strange tale populated by some of the most interesting men and women who have ever lived.

But few events have riveted the imagination or wrung the heart as did the fall of Constantinople, first to the Crusaders in 1203, then to the Turks in 1453. With its passage into the hands of the Ottoman Empire, European history entered a new era and Byzantine Civilization disappeared forever. However, thousands of Byzantine scholars fled to the West, bringing valuable knowledge which hastened the flowering of the Italian Renaissance. Listen as one of the most poignant stories in European history unfolds.

What listeners say about The Byzantine Empire

Great but narrators delivery is hard to understand

Overall very good and well delivered but the narrator isn’t very clear at times and speaks too quickly. Had to reduce to 0.8 speed so I could follow along.