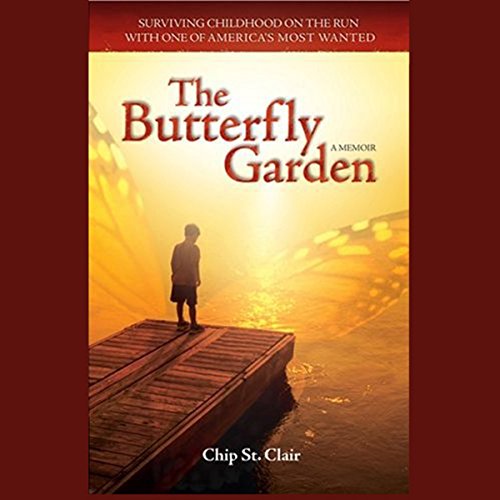 Fear rocked Chip St. Clair's world. As a boy, he never knew what would set his father off - maybe the ice cubes had melted in his glass of Tab, maybe dinner was overcooked or undercooked, or the gravy was too runny. Regardless, the beatings always came. As did the twisted games of cat and mouse - being thrown from a rowboat into frigid Lake Michigan, the middle-of-the-night moves to different states, or being left to dangle over a 10-story balcony while his father watched from inside. But one fateful night when the police answered the call, the truth came to light from the shadows, sparking national headlines: Chip St. Clair's entire life - his name, even his date of birth - had been a lie, and the man he called "Dad" was an impostor, an escaped child killer who had been on the run for over two decades. The stunning revelation would send one of America's "Most Wanted" to justice and another on a quest for his true identity.

With chilling detail and a riveting, lyrical narrative, The Butterfly Garden reveals St. Clair's struggle to piece together his haunted past before it consumes him and shares his inspiring metamorphosis from victim to victim's advocate. The Butterfly Garden is a timeless triumph, a reminder that hope can be the most powerful of all emotions, freeing us to soar despite the past and the odds against us.

What listeners say about The Butterfly Garden

If you could sum up The Butterfly Garden in three words, what would they be?

The way Chip describes all of the events and his survival. His poetic writing is teriffic.

Have you listened to any of Christopher Prince’s other performances before? How does this one compare?

No, but I would again.

There were many, but the actual butterfly garden was the best!

This is such a moving book about much more than child abuse like some others. The ways in which Chip survived, using tools like books and poetry makes it stand out from any other book. An absolute must listen! Lisa is an amazing woman, Chip is blessed to have!