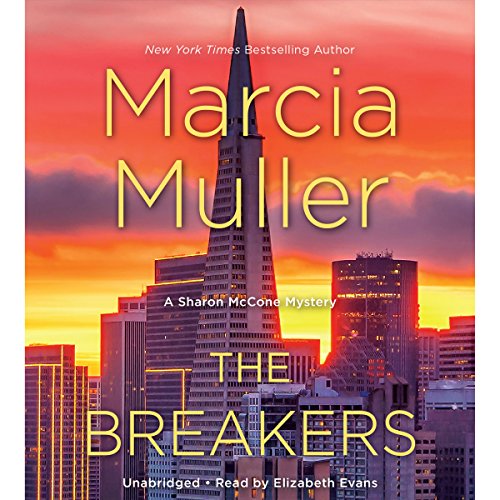 On a foggy summer morning, private investigator Sharon McCone receives a call from her former neighbors, the Curleys. Their usually dependable daughter Chelle hasn't been answering their calls for weeks. Would Sharon check on her?

Sharon arranges to visit the building Chelle had been living in and rehabbing in southwest San Francisco. Once it was a nightclub and bar, she learns, and a favorite destination for the city's elite during Prohibition. But there's something sinister about the space, and Sharon quickly discovers why. Lurking behind a divider screen is a ghastly art gallery: portraits and caricatures of mass murderers, long ago and recent. Jack the Ripper. The Zodiac and Zebra killers of the 1970s. Charles Manson and his girls. Scott Peterson, who killed his pregnant wife, Laci, and dumped her body into the Bay on Christmas Eve. What, an alarmed Sharon wonders, was Chelle doing in this chamber of horrors? And where is she now?

New York Times best-selling author Marcia Muller is at her page-turning best in The Breakers, as she digs into a particularly disturbing corner of San Francisco's history - one that Sharon McCone may not escape alive.

"One of the world's premier mystery writers." (Cleveland Plain Dealer)

"Muller has created a delicious mixture of adventure, action, altruism, pathos with a touch of humor, and romance thrown in to build a massive base of loyal fans.... She is one of those rare series authors who never lets her characters grow stale or trite." (BookReporter.com)

What listeners say about The Breakers

Another excellent mystery by Marcia Muller

My only complaint is the pronunciation of place names—the voice actor obviously doesn’t live in California. Otherwise this is a well plotted story by my favorite mystery writer. The performance was very good, also.

Always a great story by Muller

Loved the story and the narration. another good one by marcia muller. she never disappoints.

Reader’s voice did not fit the character. Too girly to match McCone character. Rather ruined story