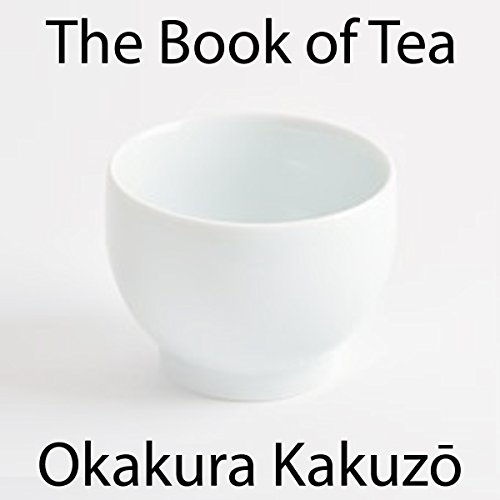 The Book of Tea

This special edition of The Book of Tea contains one hour of traditional Japanese flute (shakuhachi) and 43 minutes of music by traditional Japanese ensemble. The music appears track by track at the end of the two-hour audiobook and is included as wonderful compliment to this gracious and elegant listening experience. The Book of Tea by Okakura Kakuzo is a long essay linking the role of tea (teaism) to the aesthetic and cultural aspects of Japanese life. Addressed to a western audience, it was originally written in English and is one of the great English tea classics. Okakura had been taught at a young age to speak English and was proficient at communicating his thoughts to the Western mind. In his book, he discusses such topics as Zen and Taoism, but also the secular aspects of tea and Japanese life. The book emphasizes how Teaism taught the Japanese many things; most importantly, simplicity. Kakuzo argues that this tea-induced simplicity affected art and architecture, and he was a long-time student of the visual arts. He ends the book with a chapter on Tea Masters, and spends some time talking about Sen no Rikyu and his contribution to the Japanese Tea Ceremony.

What listeners say about The Book of Tea

Two hours of nothing but music at the end

This is a great book and the narrator does an excellent job, but the last one and a half to two hours of this book is nothing but music. It is nice music, though, and especially nice to listen to while drinking tea.

I couldn't sit through the reading of this book. The content was good, but the narration was poor.

I like this book very much, I’ve liked it for a long time.

But not this rendition of it. Reader inserts two. Or three. Pauses ran. Domly in each sentence

Just about time you are enjoying the inspiration of the text the entire recording is given over to a shakuhachi (bamboo flute) might have been recorded on a Walkman. FOR NINE CHAPTERS.