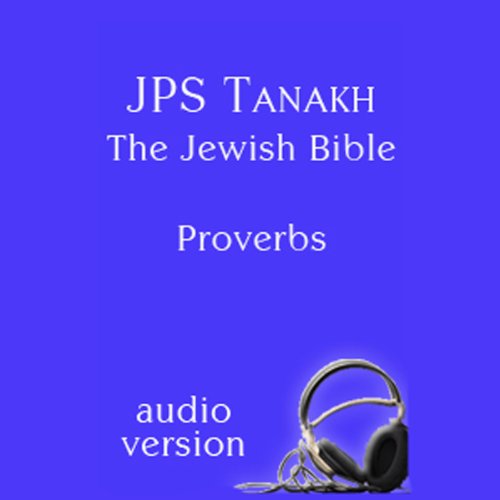 The Book of Proverbs: The JPS Audio Version

Funding for this recording is made possible through the generosity of Aaron Feingold, M.D., in memory of Esther Feingold, who saw life "with a good eye" (Pirke Avot); Dr. Seymour and June Kessler, in memory of Harry and Rose Kessler, remembered with love; and Norman and Edith Weisfeld, in loving memory of Benjamin and Rose Krumholz, and David Weisfeld.

What listeners say about The Book of Proverbs: The JPS Audio Version

Narrator has talent, but her voice is too high pitched for me. It was distracting.