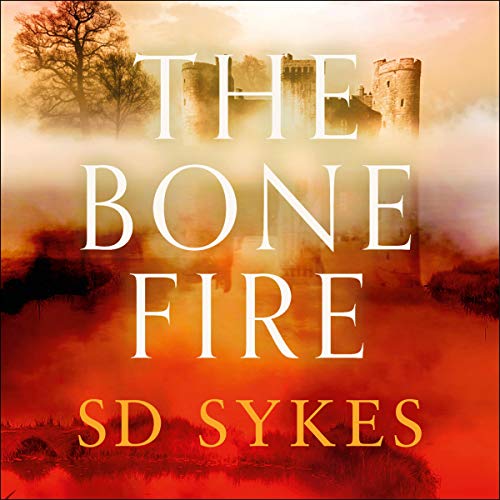 1361. Plague has returned to England - 13 years after the devastation of the Black Death. As destruction advances towards his estate in Kent, Oswald de Lacy leads his family to the safety of a remote castle in the marshes - where his friend Godfrey is preparing a fortress to survive the coming disaster.

The rules are clear: once the de Lacys and other guests are inside the castle the portcullis will be lowered and no-one permitted to enter or leave until the Pestilence has passed.

And then a murderer strikes.

Oswald is confronted with a stark choice - leave and face the ravages of the plague or stay and place his family at the mercy of a brutal killer. With word of his skills as an investigator preceding him, it falls to Oswald to unmask the murderer in their midst. Host, guest or servant - everyone is a suspect in this poisoned refuge of secrets, deceit and malice.

Suspenseful, evocative, compelling, The Bone Fire is a superb historical crime novel from the author of City of Masks.