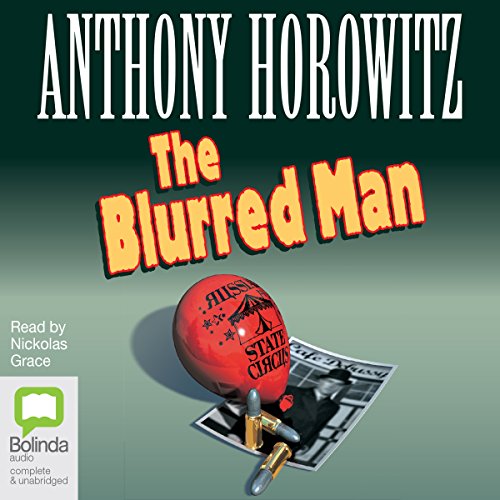 'My name is Carter," he said at last. He spoke with an American accent. 'Joe Carter. I've just got in from Chicago. And I've got a problem.' The man in the photo is so blurry it's impossible to make out what he really looks like. And that was before he was run over by a steamroller! His name was Lenny Smile and he ran a children's charity called Dream Time, financed by millionaire author Joe Carter. Now Carter wants to know just what happened to Smile - and to the money.

Unfortunately for him, he's hired the Diamond Brothers - Tim, the world's worst private detective, and his wise-cracking younger brother Nick - to solve the mystery!

What listeners say about The Blurred Man