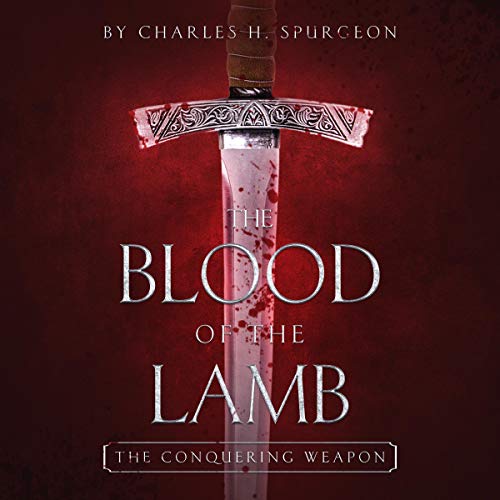 The Blood of the Lamb: The Conquering Weapon

Another quality book from Chapel Library.

“And they overcame him by the blood of the Lamb, and by the word of their testimony; and they loved not their lives unto the death.” (Revelation 12:11)

Wherever evil appears, it is to be fought with by the children of God in the name of Jesus, and in the power of the Holy Ghost. When evil appeared in an angel, straightway there was war in heaven. Evil in mortal men is to be striven against by all regenerate men. If sin comes to us in the form of an angel of light we must still war with it. If it comes with all manner of deceivableness of unrighteousness, we must not parley for a single moment, but begin the battle forthwith, if indeed we belong to the armies of the Lord. Evil is at its very worst in Satan himself: with him we fight. He is no mean adversary. The evil spirits which are under his control are, any one of them, terrible foes; but when Satan himself personally attacks a Christian, any one of us will be hard put to it.

When this dragon blocks our road, we shall need heavenly aid to force our passage. A pitched battle with Apollyon may not often occur, but when it does, you will know it painfully: You will record it in your diary as one of the darkest days you have ever lived, and you eternally praise your God when you overcome him. But even if Satan were 10 times stronger and more crafty than he is, we are bound to wrestle with him; we cannot for a moment hesitate, or offer him terms. Evil in its highest, strongest, and proudest form is to be assailed by the soldier of the Cross, and nothing must end the war but complete victory. Satan is the enemy, the enemy of enemies. That prayer of our Lord’s, which we usually render, “Deliver us from evil”, has the special significance of “Deliver us from the evil one”; because he is the chief embodiment of evil, and in him evil is intensified, and has come to its highest strength. That man had need have Omnipotence with him who hopes to overcome the enemy of God and man. He would destroy all godly ones if he could; and though he cannot, such is his inveterate hate, that he worries those whom he cannot devour with a malicious eagerness.

In this chapter, the devil is called the “great red dragon.” He is great in capacity, intelligence, energy, and experience. Whether or not he was the chief of all angels before he fell I do not know. Some have thought that he was such, and that when he heard that a man was to sit upon the throne of God, out of very jealousy he rebelled against the Most High. This is also conjecture. But we do know that he was and is an exceedingly great spirit as compared with us. He is a being great in evil: the prince of darkness, having the power of death. He shows his malice against the saints by accusing the brethren day and night before God. In the prophets we have the record of Satan standing to accuse Joshua the servant of God. Satan also accused Job of serving God from mercenary motives: “Hast not thou made an hedge about him…and all that he hath?” (Job 1:10)

This ever active enemy desires to tempt as well as accuse: He would have us, and sift us as wheat. In calling him the dragon, the Holy Spirit seems to hint at his mysterious power and character. To us a spirit, such as he is, must ever be a mystery in his being and working. Satan is a mysterious personage though he is not a mythical one. We can never doubt his existence if we have once come into conflict with him; yet he is to us all the more real because so mysterious. If he were flesh and blood it would be far easier to contend with him; but to fight with this spiritual wickedness in high places is a terrible task. As a dragon he is full of cunning and ferocity. In him force is allied with craft; and if he cannot achieve his purpose at once by power, he waits his time. He deludes; he deceives - in fact, he is said to deceive the whole world.

What listeners say about The Blood of the Lamb: The Conquering Weapon

Needed to build a houae that would stand

It flowed straight to my heart! I started to listem to a recording about the Holy Spirit this morning but i wasnt right in my spirit UNTIL i followed His leading to begin with the blood of Christ...

Again an excellent teaching on the Blood of the Lamb. We are saved by Jesus Blood. Great sermon on this weapon we can have and we can fight off the devil.