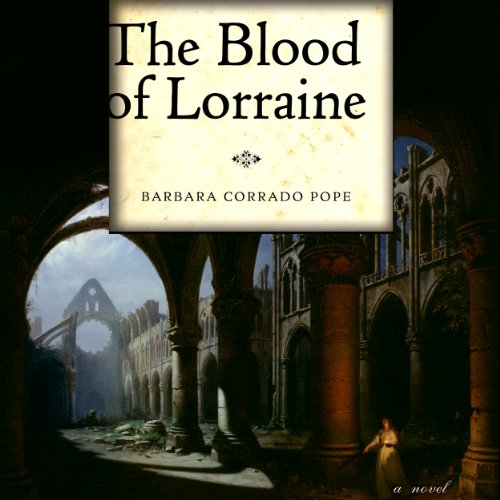 The Blood of Lorraine

The Blood of Lorraine is a complex historical tale of murder, love, and France's dark relationship with anti-Semitism. This twisted psychological thriller blends top-notch research with action-packed, pause-resisting suspense. Chris Kayser gives a stellar performance of Barbara Pope's second novel. His diction is clear and sure, lending extra credibility to Pope's faithful rendering of fin-de-siècle France . Kayser shines especially during the novel's darker passages, bringing the gruesome crimes at the heart of this mystery to life in eerie detail.

In the wake of the Dreyfus affair, the murder of two Jews in Lorraine reveals the darker side of human natureIn the wake of the Vernet murders in Aix-en-Provence, magistrate Bernard Martin moves to Lorraine, France, along with his pregnant wife, Claire, who is as fervent about Republican ideals as her husband.

They are not there long when an infant boy is found dead, his tiny body mutilated. The wet nurse and mother say that this was a case of “ritual sacrifice” by a “wandering tinker,” or Jew. Meanwhile his beloved Claire, now reeling form the death of her own child, seems to be falling prey to the propaganda being spewed throughout town, forcing Bernard to acknowledge the frailties of the human psyche.

Fearing a vigilante mob sparked by the church, Bernard must unveil the murderers before Nancy experiences its own pogrom.

What listeners say about The Blood of Lorraine