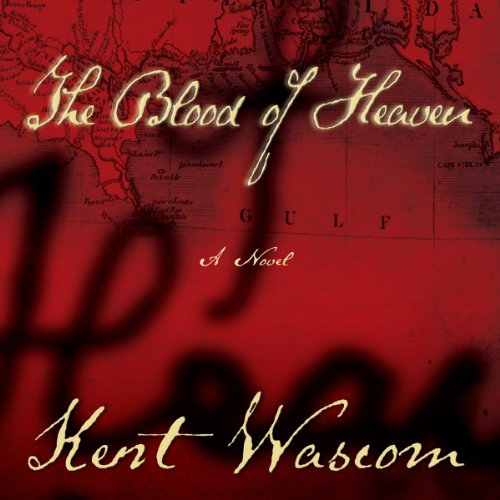 The Blood of Heaven

The Blood of Heaven

A powerful and impressive debut, The Blood of Heaven is an epic novel about the American frontier in the early days of the 19th century. Its 26 year-old author, Kent Wascom, was awarded the Tennessee Williams/New Orleans Literary Festival Prize for fiction, and this first novel shows the kind of talent rarely seen in any novelist, no matter their age.

The Blood of Heaven is the story of Angel Woolsack, a preacher’s son, who flees the hardscrabble life of his itinerant father, falls in with a charismatic highwayman, then settles with his adopted brothers on the rough frontier of West Florida, where American settlers are carving their place out of lands held by the Spaniards and the French. The novel moves from the bordellos of Natchez, where Angel meets his love Red Kate to the Mississippi River plantations, where the brutal system of slave labor is creating fantastic wealth along with terrible suffering, and finally to the back rooms of New Orleans among schemers, dreamers, and would-be revolutionaries plotting to break away from the young United States and create a new country under the leadership of the renegade founding father Aaron Burr.

The Blood of Heaven is a remarkable portrait of a young man seizing his place in a violent new world, a moving love story, and a vivid tale of ambition and political machinations that brilliantly captures the energy and wildness of a young America where anything was possible. It is a startling debut.

What listeners say about The Blood of Heaven

The prose style is lush -- perhaps overgrown to some tastes -- but the story is unrelentingly grim: squalid conditions, unsympathetic characters, lots of violence. You must be in the mood for a meditation on the darker sides of life to follow this one to the end. Solid narration.

There was nothing about this book or narrator that I cared for... I requested a return and credit... A dark dreary tale with a boring narrator...