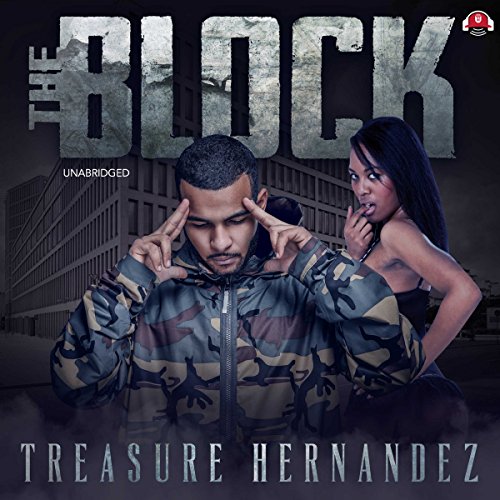 On the outside, Tone seems to have it all. He has a father he looks up to and an older brother who keeps him under his wing - until the day his father crosses a line that changes everything. Tone is forced to enter a world he knew nothing about.

Detective Abraham is obsessed with power and money, so he has figured out a way to play on both sides of the tracks when it comes to organized crime. The only thing stopping him from making it to the top spot is Santiago, one of the most feared suppliers in the country. Santiago's only weakness is his daughter, Serena. Detective Abraham develops a plan that involves his son, Tone, getting close to Serena.

Against his better judgment, Tone goes along with his father's plan and sets out to win Serena over with his charm. What he hasn't planned on is Serena turning the tables and stealing his heart. Now Tone is faced with choices that leave him questioning his loyalty to his family.

What listeners say about The Block

This book kept me wanting more and broke my heart in the end. Did not expect it to end the way it did. I started the book and couldn’t put it down!. Treasure this book was everything!!

Everyone in the book was grimy. Character development was poor and the storyline was weak.
And the Narrator was not good at all.

I loved her other books. this one had WAY TOO MUCH SEX & the little was lackluster. The narrator was Phenomenal. 😁

Not What I Expected Overall

Narrator did excellent. Vhanged voices and did his best to sound like normal conversations & emotions between people.
Ok so I hated thr way it ended. NO ONE won in the end. I like when the good guys come out on top. I would havr preferred a better happier ending for Tone & Sabrina. The brother's character did not seem like a bad person just a junkie so how far fetched was it for his character to get so grimey? I was on board at first but deeper into it it wad not well thought out. Seems like someone just said have everyone die or something weather they deserved it or not. I like this author but this is not one of my favorite stories. If you are nee to this author don't give uo just yet, go back & read the FLINT series, they ate soooo much more satisfying I promise. I cany say too much without giving more & mote away from my opinions so I'll stop here. Story is not bad but I would not recommend because I was so disappointed in the end.

Too juvenile for me

The writing style wasn’t in depth. Story didn’t flow too well and character development was lacking. The story had potential but it just fell short for me.

This was an amazing listen! I listened to the story as the narrator painted every picture in my head. It was crazy I never enjoyed a book so much. I only wish there was a part two! But none to less 5 stars

Good book just way to slow getting to the point...

Please tell me there is a part 2, OMG the ending was so sad!! Loved the story so relatable on on many levels!