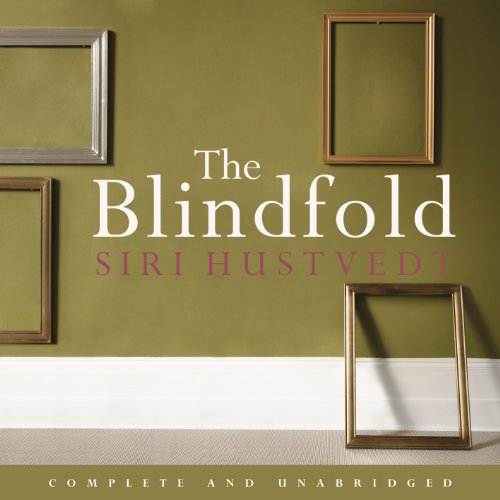 Iris Vegan, a graduate student living alone and impoverished in New York, encounters four strong characters who fascinate and in different ways subordinate her: An inscrutable urban recluse who employs her to record the possessions of a murdered woman; a photographer whose eerie portrait of Iris takes on a life of its own; an old woman in hospital who tries to claim a remnant of the ailing Iris; and a professor she has an affair with.

An exploration of female identity in an age when the old definitions - as some man's daughter/wife/mother - no longer apply, fuelled with eroticism and a sense of menace.

"Gripping...A complex exploration of the nature of the self, executed in polished and immediate prose" (The Times)
"It has vivid and compelling characters; it is scary, sinister and readable ... a very smart novel" (Independent)

What listeners say about The Blindfold

narrator on this was terrible.

i hated the narrator so much. i feel i may need to read the book to assess if i like the book or not.
She has a whiny voice, very irrirating and you coukd hear her tongue move etc. ive not had an issue with other narrators. ruined the experience for me.

Maybe Better Read Rather Than Listen?

This is a classic post-modernist novel: 4 compelling and interlinked stories around the same character through which the author presents perspectives on identity, shifting perspectives and feminism.

Would you recommend The Blindfold to your friends? Why or why not?

I would recommend the book but not necessarily the audiobook. The complexity of Hustvedt's language and structure demand you engage fully with the text, and I found myself replaying lots of sections in order to fully understand what she was saying. I finally ended up buying the book, reading that and then going back to the audiobook, which worked well. Hustvedt's later works (particularly 'The Burning World') definitely need to be read rather than listened to to get the most out of them.

Which character – as performed by Sasha Pick – was your favourite?

I thought Sasha Pick was a good choice of narrator and her portrayal of Iris was very good.

I wouldn't make a film of it for the above reasons: needs to be read.