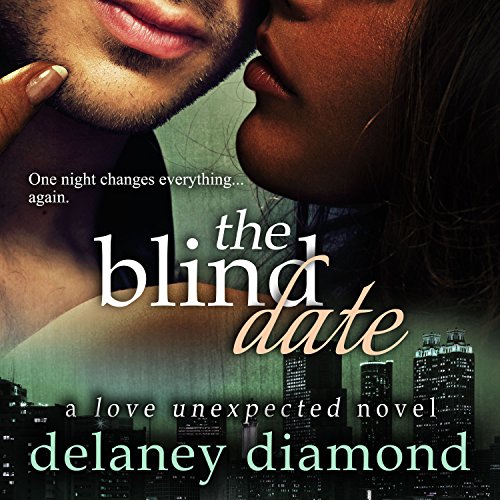 One night changes everything... again.

Years ago, when Ryan Stewart saw Shawna Ferguson, it was love at first sight. Unfortunately, he wasn't a free man, and his deception caused him to lose her after a weekend that changed his life.

When Shawna's sister and brother-in-law set her up on a blind date, she has no idea it's with Ryan, with whom she'd spent a weekend she wishes she could forget. She reluctantly agrees to finish the date with him, but doing so leaves her vulnerable to his charms and the heat he ignited in her that very first night.

What listeners say about The Blind Date

Terrible book about a cheater

Book goes like this
Boy meets girl has a lot of sex with her over a weekend lies about not having a girlfriend, gets caught by girl leaves with girlfriend then keeps having sex with said girlfriend until they break up when he confesses, 6 yrs later lies to girls sister to trick her into setting up blind date with said girl, she can’t keep hands off him even thou he’s a lying cheat, they have lots of sex say I love you after a week bla bla bla
Book is total crap

Characters were believable and dialog flowed. Shauna's response to being wronged by Ryan was appropriate and fair. He actually got off easy for such a crude, selfish act. I enjoyed the fact that race was mentioned but not center stage. This book was about deceit, hurt, redemption and love. Delaney is an effective storyteller.

it took me months ro read this book but I kept going to the end. Would not read again.

I have mixed feelings when it comes to this story. Yes it was short however I felt as though Shawna did not have enough respect for herself when it came to Ryan. I have no issues about a woman having a bit of fun with a man; if guys can sleep women and is accepted then women can do the same without feeling shame. The issue I had was the way that she fell back into Ryan's arms after he clearly was outed as a cheater and a coward.

I do not by, 'I was young, stupid, and did not know how to end things with his LONG-TERM GIRLFRIEND!!!' Ryan also wanted Shawna to just leave it in the past, how the hell can cheating be left in the past? That is not something someone can forget. I wanted Shawna to have Ryan beg!!!! Like crawling on all fours, buys Prada bags beg. But Shawna wanted to just sleep with him and then need space and then take him back. Like come on. Do better!!

Aside from the cheating, it was a good book. If there was no cheating the rating would be higher but alas cheating had to be brought in. As always the sexy as hell Michael Pauley was great. I love his voice!!

The lovers are swept away in their passion. Beautifully written. My second Delaney Diamond book and I'm a fan. Looking forward to the next book. The narrator is wonderful. Love his voice.

The narrator made the difference!!! I had read the book prior and liked it. But the narrator kicked it up a notch! Very expressive and emotional, even enjoyed his accents with the other characters. I definitely prefer audio books, but the narrator must be able to capture and hold his audience as was done in this this case. I can now say I love this book!! Looking forward to hearing more from Ms Diamond.

Pretty good it got to the point. Narrator was really good put a lot of emotion in the story!

Where does The Blind Date rank among all the audiobooks you’ve listened to so far?

I loved Ryan, liked his tenacity in going after Shawna. I really liked him, I could have fallen for him myself!Shawna was totally swept off her feet by Ryan. The characters were great!

What aspect of Michael Pauley’s performance would you have changed?

The audio book was good, listening forces you to take in every word in the story. I have a bad habit of speed reading and scanning text, therefore missing some words. This allowed you to take note of all aspects of the story. I didn’t like the narrator’s voice, he sounded corny in parts and the inflection in his voice was wrong in parts, so this spoilt it a little for me. He made the dialogue and tone come across wrong. Would have liked to have a man and woman narrating, would have made it more realistic. Hearing a white man, try and perform the black voices did not come across well either. Also the female voices did not come across well. I liked his French accent, although I did not know what he was saying! He narrated the sex scenes very well.

A blind date is a brilliant book! I really liked it! It was funny and passionate. I read the book before I listened to it on the audio book. The thing I didn’t like was the constant back and forth to 6 years ago. I found this a little irritating as I was trying to get into the story at the restaurant (present day) and the story kept going back and forth. Would have preferred it to be a prologue or a flash back within the story. The first sex scene was a flash back, would have preferred that scene to be in real time. It meant you did not capture the first moments between them. After all the sexual tension at the restaurant and then when they were out dancing, would have liked to have been there when the fireworks went off. Felt I missed out there!Other than that, I loved the story. Was surprised the story did not touch on the race issues that always come up in interracial relationships, this would have made it a little more real and only natural when two totally different cultures come together. I wished it could have been longer. Wanted to know more about what happened with them, seemed too short.I liked the feature to skip back 30 seconds, this was useful when I was rudely interrupted while listening.

Not my cup of tea. I did enjoy use of imagery outside of sex

This was my first time listening to one of this author's books and I was sorely disappointed. The choices of when and where the characters decided to have sex were cringe worthy. And somehow they were supposed to be "in love" but the characters where so poorly developed that I can't figure out why or when that was supposed to happen. The narrator was awful. Many times I couldn't differentiate between the male and female characters. So yeah, I'm usually a pretty positive person but I can't think of anything good to say.

I really loved this story. This is totally not my genre, but I loved it!

I loved this book, couldn't get enough of it.
I would recommend to anyone who wants be lost on a love story.