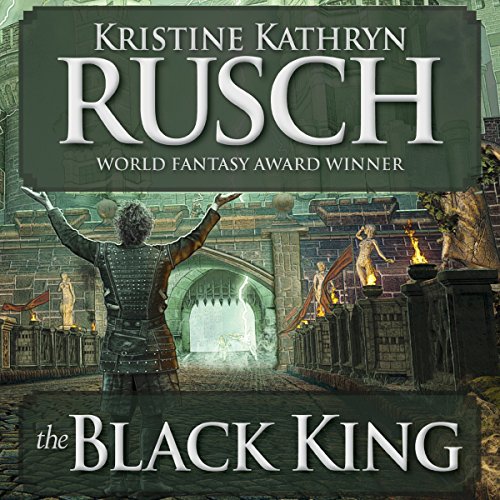 One of fantasy fiction's foremost creators concludes the epic Black Throne Saga with this magnificent tale of a world coveted by a ruthless spirit, returned to life in the mind of an innocent monarch.

The Black King for Gift, who has renounced the Black Throne to become a Shaman, the news from Blue Isle is disheartening. There his sister, Queen Arianna, once a proponent of peace, has begun to prepare for war. For unknown to Gift, Arianna has been possessed by the dark soul of the Black King who nearly destroyed the Fey Empire generations before in his mad quest for power. Through darkest magic he has returned to life in Arianna's body to finish what he started--while the queen's true consciousness has been hidden away by her most ardent supporters.

Now Gift must somehow avert the tragedy that threatens his world. But looming above all is the ancient curse of Blood against Blood, forbidding one member of the Black Family from taking the life of another. Yet what choice does Gift have? If the Black King is allowed to assume the Throne he will plunge the world into a terrifying cataclysm that could destroy all who inhabit it.

What listeners say about The Black King