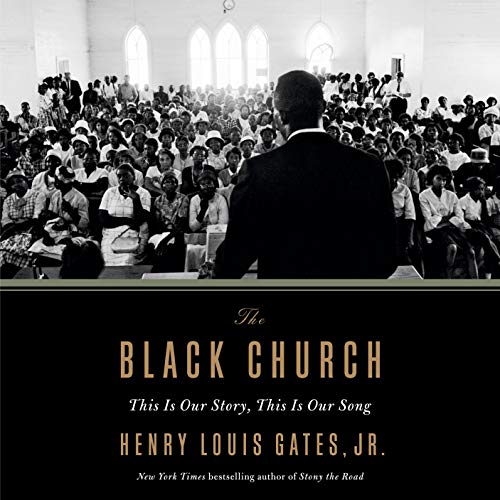 From the New York Times best-selling author of Stony the Road and one of our most important voices on the African-American experience, a powerful new history of the Black church in America as the Black community's abiding rock and its fortress.

The companion book to the upcoming PBS series.

For the young Henry Louis Gates, Jr., growing up in a small, segregated West Virginia town, the church was his family and his community's true center of gravity. Within those walls, voices were lifted up in song to call forth the best in each other, and to comfort each other when times were at their worst. In this book, his tender and magisterial reckoning with the meaning of the Black church in American history, Gates takes us from his own experience onto a journey across more than 400 years and spanning the entire country. At road's end, we emerge with a new understanding of the centrality of the Black church to the American story - as a cultural and political force, as the center of resistance to slavery and White supremacy, as an unparalleled incubator of talent, and as a crucible for working through the community's most important issues, down to today.

In a country that has historically afforded its citizens from the African diaspora tragically few safe spaces, the Black church has always been more than a sanctuary; it's been a place to nourish the deepest human needs and dreams of the African-American community. This fact was never lost on white supremacists: From the earliest days of slavery, when enslaved people were allowed to worship at all, their meeting houses were subject to surveillance, and often destruction. So it continued, long after slavery's formal eradication; church burnings and church bombings by the Ku Klux Klan and others have always been a hallmark of the violent effort to suppress the struggle for equality for the African-American community. The past often isn't even past - Dylann Roof committed his slaughter in Charleston's Emanuel AME Church 193 years after the church was first burned down by whites following a thwarted slave rebellion.

But as Gates brilliantly shows, the Black church has never been only one thing. Its story lies at the vital center of the civil rights movement, and produced many of its leaders, from the Reverend Martin Luther King, Jr., on, but at the same time there have always been churches and sects that eschewed a more activist stance, even eschewed worldly political engagement altogether. That tension can be felt all the way to the Black Lives Matter movement and the work of today. Still and all, as a source of strength and a force for change, the Black church is at the center of the action at every stage of the American story, as this enthralling history makes vividly clear.

*This audiobook includes a PDF of the Appendix and Acknowledgments from the book.

"[An] invaluable illumination of the many ways the Black church has been an ongoing epicenter of inspiration and action.” (Booklist, starred review)

“Through meticulous research and interviews...Gates paints a compelling portrait of the church as a source of ‘unfathomable resiliency’ for Black ancestors as well as the birthplace of so many distinctly African-American aesthetic forms.... Powerful, poignant, and ultimately celebratory. Let the church say, ‘Amen!’" (Kirkus, starred review)

“A brisk and insightful look at how the Black church has succored generations of African Americans against white supremacy.... Punctuated by trenchant observations from Black historians and theologians, Gates’s crisp account places religious life at the center of the African-American experience.” (Publishers Weekly)

“Henry Louis Gates, Jr., has once again delved deep into the doings and sufferings of Black people in the USA! This time he gives us a rich story and riveting song of the profound forms of spirituality and musicality that sustained Black sanity and dignity. Although Gates rightly highlights the centrality of the ambiguous legacy of the Black Church, he also explores the crucial realities of Islam and other non-Christian religious practices. And the last powerful and playful chapter on his personal dance with an elusive Holy Ghost lays bare his own signifying genius grounded in a genuine love of Black people and culture!” (Cornel West)

What listeners say about The Black Church

A must read for all Christians

Enlightening hard to listen to. I wanted to take notes and look things up as it went along. Reader’s voice was pleasant. I also wanted some of the spirituals and prayers

In anticipation of the coming series on the black church, I listened to the book on Audible. The depth and breadth of the research, so well woven together with interesting personal stories and recollections of the author and others, was stunning. The narrator’s voice was superb and while I had no particular expectations of this rendering beforehand, I was very reluctant when the Epilogue ended. I must say this is one of the best books I have read/heard in a very long time. I look forward to watching the documentary series.

Info not presented logically, average not great, narrator. But the information? Gotta have it, Baby!

the book was interesting and gave a concise history of the Black Church in the U.S.