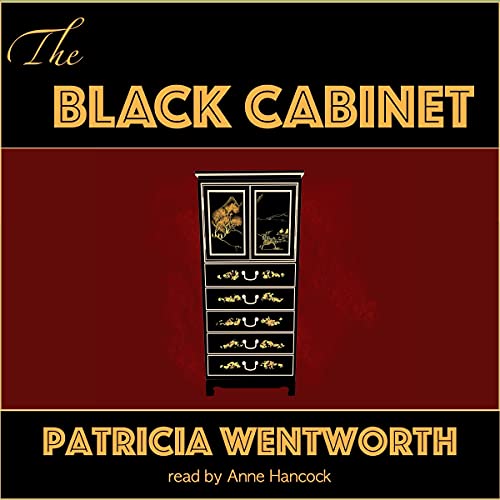 It is a black Chinese cabinet decorated with figures that once ignited little Chloe Dane's imagination. It was in the drawing-room of her family home, Danesborough. Later, it held secrets that shamed and sickened her.

Poor but honest Chloe hasn't been to Danesborough for years and believed she was the last of her family. So when a distant cousin introduces himself and declares that she will be his heir, she finds herself in the huge house again. And she wants none of it.

Elderly, strange Mitchell Dane explains that his "stock in trade" lies in a safe built into the black cabinet, and she alone will have the combination. When he dies, she's shocked to discover that his wealth derives from nefarious dealings. She's determined to destroy the contents of the safe.

Easier said than done. Mitchell Dane's accomplices are on the scene and desperately want to continue the enterprise. Chloe, blessed with brains and pluck, plans an escape with her bundles of inherited documents. She's aided by a cast of characters who she discovers are not all disinterested helpers.

But who can she trust?

What listeners say about The Black Cabinet

Just plainly boring.
Not intriguing, characters behave unlikely and on the verge of stupidity . Not to be compared with the Miss Silver mysteries.