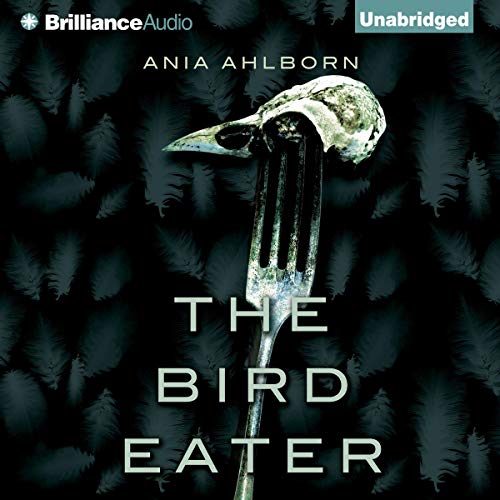 Twenty years ago, the mysterious death of his aunt left Aaron Holbrook orphaned and alone. He abandoned his rural Arkansas hometown vowing never to return, until his seven-year-old son died in an accident, plunging Aaron into a nightmare of addiction and grief. Desperate to reclaim a piece of himself, he returns to the hills of his childhood, to Holbrook House, where he hopes to find peace among the memories of his youth. But solace doesn't come easy. Someone - or something - has other plans.

Like Aaron, Holbrook House is but a shell of what it once was, a target for vandals and ghost hunters who have nicknamed it "the devil's den." Aaron doesn't believe in the paranormal - at least, not until a strange boy begins following him wherever he goes. Plagued by violent dreams and disturbing visions, Aaron begins to wonder if he's losing his mind. But a festering darkness lurks at the heart of Holbrook House…a darkness that grins from within the shadows, delighting in Aaron's sorrow, biding its time.

What listeners say about The Bird Eater

I enjoyed the book. the narrator is definitely a horror genre voice. wow he freaked me out as the story unfolded. great overall.

Slow and goes no where

I like other books by this author but this book just went nowhere for me. The story behind the boy is poorly fleshed out and the whole lost love angle seemed juvenile and just weird. The ending was very predictable but the idea story as a whole was an interesting concept it just wasn't executed well. The narrator is very good though.

This book is extremely dark and disturbing but the characters are so likeable it's tough to put down. The narration was awesome. Emotions really came through.

I liked this book alot!!

I think he was emotional when needed, he did other "voices" well...he was pleasant to listen to.

Would you try another book from Ania Ahlborn and/or Peter Berkrot?

I will absolutely try another book by Ahlborn, but I will avoid this narrator at all costs.

I couldn't even listen to it--I read most of this book on my Kindle. The narrator felt the need to make every single sentence sound scary--save it for the scenes that actually require it! Terrible.

There were some really good parts in this story, but also very slow moving at times. I think the overall story line was really quite silly which is why I only gave three stars. It’s really too bad because the author proves herself to have a lot of potential.

I liked the narrator a lot, thought he did a fine job!

I like the genre this author writes in, primarily Horror, so I would definitely try another one of her books. The cover art for this audiobook is great (!), I love it(!!), and probably the main reason I chose it. Great to have something so cool to look at each time I brought this book up on my device. 😊

Left a lot to be desired.

Would you try another book from Ania Ahlborn and/or Peter Berkrot?

Perhaps. This book wasn't bad by any means and would be willing to try another from the author (Ania). The narration wasn't bad, but it seemed forced - to be more creepy. He was also very breathy and once I picked up on his heavy intakes of breath, I couldn't un-hear it.

What was most disappointing about Ania Ahlborn’s story?

The fact that I was left questioning so much of what was going on with the story. I felt like no questions were answered. I assume this was to add a scare factor to the book, but it ended up just making it shallow and unbelievable. It lost all horror value because there was no real reason given to why what was going on was happening.

I didn't like how breathy and forced the narrator was. He sounded like a movie voice over for a trailer and it was hard to listen to.

I liked the emphasis and pace that was read, I could easily understand what he was saying.

What character would you cut from The Bird Eater?

Hazel. She was very pointless and right when you think she might actually have something to offer to the story, she gets pointlessly cut from the story.

The book wasn't bad, I am not upset I listened to it. It just made me wish there was more explanation, such as, why did the child eat birds? Why was he in this home? What caused this family curse? Instead it was all just empty and then ongoing. It felt unfinished and not well thought out. Laving out those details made it much less frightening and more frustrating.

2 1/2 stars
IDK what to think about this. It started off so strong and had a nice creepy little feel to it. Then it just went flat. It had so many things that just didn’t fit or make sense and was simply stupid. Aaron is the main character and returns to his childhood home (upon an ignorant doctor’s advice). Same ole same ole...problems: 21 years ago he vanished but yet returns and reconnects with childhood friends like he never left (and THEY never left)! One friend in particular believes in the paranormal but refuses to entertain that there is a possibility that Aaron’s claims are even remotely legitimate?! Cheri, his old flame(at 14!)still carries a torch for him?! TWENTY ONE YEARS LATER!! So much so that she has an affair with Aaron even though he is “damaged” and she is married. There is just sooo much wrong and unbelievably ridiculous. Don’t even get me started on the ending🙄THAT was the MOST ridiculous part. Such a shame...this could’ve and should’ve been so much better.

I loved it. I loved the characters and the story. I can't wait to listen to more by this author. The narration was excellent also.

Good strong opener. Strong main protagonist. However the ending suffers, it feels a bit of a trek getting there and is a little underwhelming. (Maybe could have shaved a few feathers off in editing).
The voice chosen for the narrative is perfect, and a great fit for horror (think he might have narrated some of Barker's work).
My main gripe, there is probably a definitive pause/break in the text where the plot moves from one character to another. This isn't translated well in audio, and I found myself skipping back to try and figure out why the narrative had jumped. This could have been so much more coherent with a long pause or silence between each section.