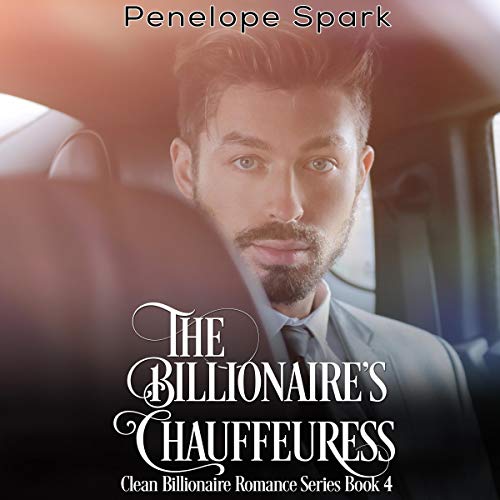 Isaac Cooley goes to work and goes home. That's it. He's keeping his nose to the grindstone, trying to make up for a reckless past. Whitney Ames is his housekeeper, and he doesn't even know her name. But he learns it quickly when the chauffeur position opens up and she jumps to fill it. They're just getting to know each other when a little girl shows up on Isaac's steps, claiming to be his daughter, which isn't possible.

This is a standalone sweet romance and is appropriate for any age.

What listeners say about The Billionaire's Chauffeuress

I really enjoyed this sweet, clean story. A billionaire who discovers that life is about more than appearances. He comes to truly cares about people. The plot has some funny as well as serious times. I received a free copy of this book and am voluntarily leaving this review.

Such a Charming story

I have read a ton of books; but I can honestly say that this is quite possibly the sweetest romance book I have ever read. The author's style of writing is clean and innocent. Alot like the writing style of Josie Riviera. I wouldn't hesitate to have a young teenager read this book it's that clean. So if you are looking for a good sweet story this grab this book. Both the author and the narrator have done a brilliant job. Happy reading!

This was a fun read/listen book. The characters had personalities, and the storyline, though predictable, had some interesting twists to it.

The Billionaire's Chauffeuress (Clean Billionaire Romance, #4), my first read from author Penelope Spark I was given an Audible copy of this book & am voluntarily reading & reviewing it. Akemi Genevieve Littwin’s talented narration adds to the well-written book's enjoyment. Extremely well written, the characters are developed with an attention-grabbing storyline. I’m a character reader, I get into the characters. Who and what they are. Why they do the things they do. The things that make the reader get invested into the characters and thereby the story. I’ll be reading more from this author! (RIP Marley January 20, 2014 - July 24, 2018).

The Billionaire's Chauffeuress is a billionaire romance, but it completely breaks the usual mold of that genre. Isaac Cooley comes from an extremely wealthy family, lives in a huge mansion with multiple layers of staff and works long hours to maintain the success of the family business. He also has the requisite gorgeous, equally rich and extremely difficult fiance. However, although he fits all the standards of a billionaire playboy, Isaac is at heart a caring and loving man so busy working and insulated from reality that he is lonely and searching for connection. Thus enters the perfect solution to his problem in the form of his housekeeper, Whitney, and a little girl, Judith. Whitney is a kind, energetic, down-to-earth woman working as a housekeeper in order to keep her mother, suffering from early onset Alzheimer's, in a care facility. She is also lonely but maintains a cheerful outlook on life nonetheless. Once she accidentally falls into the position of chauffeur to Isaac, they begin an unusual friendship and find that they have a lot in common. This relationship is further cemented when Judith, supposedly Isaac's heretofore unknown daughter, enters the picture. What follows is a series of comical and touching events leading to a happy ending for all three parties that is very enjoyable to read. Littwin does a great job with the narration. Barring a few mis-pronounced words, her delivery is smooth and easy to follow. She handles with ease both Isaac's more serious demeanor and Whitney's lighter personality. Overall, the story and narration make this an audiobook not to be missed. I received a copy of this audiobook at my request in exchange for this honest review.