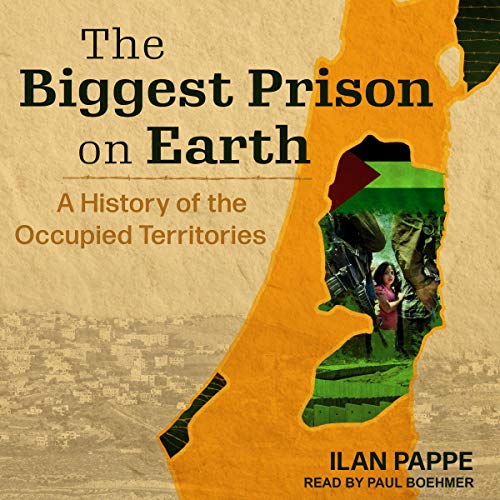 The Biggest Prison on Earth

From the author of the best-selling study of the 1948 War of Independence comes an incisive look at the Occupied Territories, picking up the story where The Ethnic Cleansing of Palestine left off.

Published on the 15th anniversary of the Six-Day War that culminated in the Israeli occupation of the West Bank and Gaza Strip, Pappe offers a comprehensive exploration of one of the world's most prolonged and tragic conflicts. Using recently declassified archival material, Pappe analyses the motivations and strategies of the generals and politicians-and the decision-making process itself - that laid the foundation of the occupation. From a survey of the legal and bureaucratic infrastructures that were put in place to control the population of over one million Palestinians, to the security mechanisms that vigorously enforced that control, Pappe paints a picture of what is to all intents and purposes the world's largest "open prison".

What listeners say about The Biggest Prison on Earth

A tremendous effort to lay bare the history, all the machinations, all the deceit, that led to the situation we have today. At a time when even the slightest criticism of the counterparts in this conflict is swiftly and shamefully condemned, this is a powerful statement in support of oppressed people. And the rationalizations given for occupation are painfully hypocritical (ironic doesn't seem a strong enough word). To that point, it's an odious historical consistency that whenever one group refers to an issue as "a <race/ethnicity/religion> problem", it's they who are the problem.

You don't have to go back too far in history to find atrocities meeted out on specific races. These begged the World Governments for help. The last thing these Allies would face were excuses used by Axis regimes in the 30s and 40s were being used by the ones that had suffered. in a remarkable turn of events it is happening again in the land of hate and enforced deprivation. A very difficult must read.

A must read for anybody interested in the Palestinian "issue." Pappe is a brave, important voice and an ardent supporter of justice and human rights. Pappe's work is superb

Pappe has a certain perspective and uses the evidence, such as hypothetical planning of occupation, to support it.He ignores the evidence that counters his main argument.

The narrator is robotic with almost comical attempts at accents