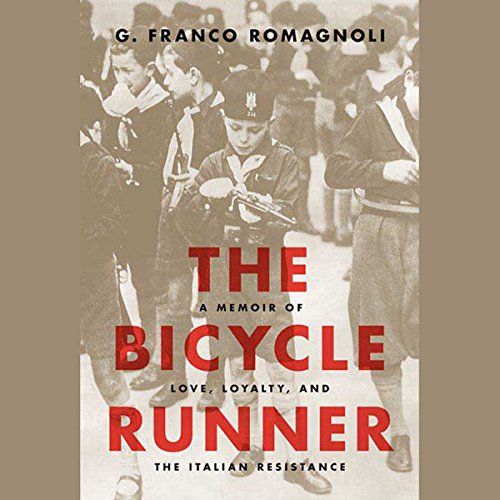 Like all boys growing up in Rome during the 1930s and 1940s, the author was expected to join the Balilla, Italy's fascist Youth Organization. With political divisions running deep in the families within his palazzo, he and his motley group of friends were recruited into the underground Resistance. Racing around Rome on bicycles, they smuggled messages and weapons for the partisans.

Later, the author fled to the Italian countryside and narrowly avoided German mop-up operations, despite being sold out by his most trusted of friends. But this is much more than a war story.

Lyrical in language, rich in sentimentality, and possessing the magic of a classic Fellini film, Romagnoli's memoir is a charmingly told tale of the search for manhood and the bonds of family and friendship.

"In this heartwarming memoir, Romagnoli offers a picture of a young boy whose passions and longings for love, homeland and family abide with him as he turns quickly into an adult because of WW II." (Publishers Weekly)

What listeners say about The Bicycle Runner