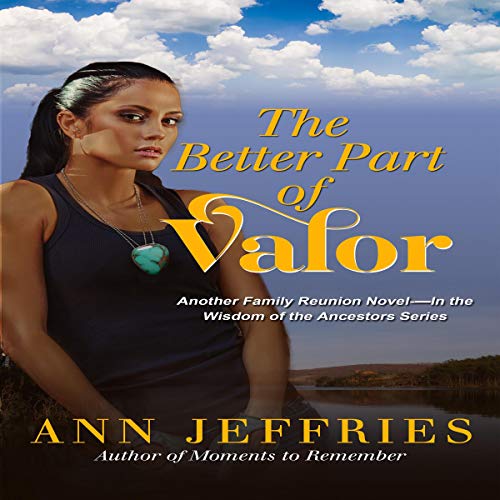 The Better Part of Valor

Abandoned at birth and a loner all her life, Dakota Sinclair had no ties, no history, and maybe no future, which made her an ideal asset for the super-secret world security organization that didn't even have the benefit of an acronym. Being a superb triathlete, multilingual, and of African American and Native American ancestry made her an invaluable resource, as she could infiltrate groups in the Middle East, North Africa, Central or South America, or any country of color. Although skilled in a thousand ways to silently kill or capture, she never learned how to protect herself from a man like Ambassador Jefferson Alden Logan.

Jefferson Logan often had the weight of the world on his broad shoulders, and an unfaithful and bipolar wife who made him pay dearly for his dedication to duty. What he did not need now was more grief from his wife's rich and powerful family over the custody of his three young sons. Even less attractive was a challenge from a woman he could neither possess nor control. Not getting what he wanted and needed in his private life was rare...and this was definitely one of those times when he would stop at nothing to have the elusive and mysterious Dakota Sinclair.

A plot to capture and kill the Ambassador involved the safety of people both Dakota and Jefferson held dear.

What listeners say about The Better Part of Valor