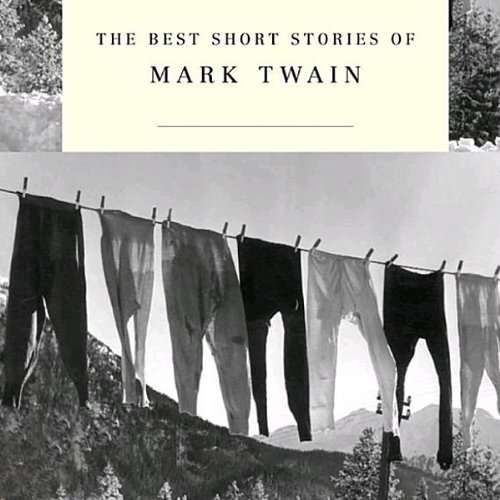 Mark Twain's writing has been wildly popular ever since he put pen to paper, and now its popularity has continued into the new century.

Mark Twain was well known as a great American short-story writer as well as a novelist and humorist. This collection of eighteen of his best short stories, the well known and the lesser known, displays his best-known side, as a master of Western humor and frontier realism, with little of the pessimism that surfaced in his later works.

Beginning the collection is "Jim Smiley and His Jumping Frog," which was Twain's first successful story, published in 1865 in the New York Saturday Press. This comic version of an old folk tale became the title story of The Celebrated Jumping Frog of Calaveras County and Other Sketches, published in 1867, which was what established him as a leading American humorist.

Twain's most distinctive work sums up the tradition of Western humor and frontier realism. Beginning as a journalist, he assumed the method and point of view of popular literature in the U.S., maintaining the personal anecdotal style that he also used in his comic lectures.

These stories display Twain's place in American letters as a master writer in the authentic native idiom. He was exuberant and irreverent, but underlying the humor was a vigorous desire for social justice and a pervasive equalitarian attitude.

Mark Twain was a master of "pungent tall talk and picaresque adventure." ( The Concise Oxford Companion to American Literature)

What listeners say about The Best Short Stories of Mark Twain

Robin Field gives a great reading of some of Mark Twain's best stories. His narration is a little flat in the beginning, but when he gets into the voices of the many characters, he takes off.

The audiobook appears to be based on the Modern Library edition of the same title: it has the same stories in the same order, including the date of publication; and my only complaint is that the last four stories from that collection, all from Twain's darker period, are omitted. (This may have been an issue of length, but I suspect it's more a question of copyright.) The omitted stories include "Captain Stormfield's Visit to Heaven" and the haunting and unfinished story "The Great Dark." Luckily most of the omitted material is available in other Mark Twain recordings on Audible.com. (For example, "The Great Dark" is available as part of the "Letters From the Earth" audiobook, which I also recommend.)

So the collection isn't as complete as it could be, but as far as it goes, it's first-rate. It includes the usual suspects (the Jumping Frog and Hadleyburg) and one of my own personal favorites, "The Stolen White Elephant," one of the most laugh-out-loud-funny parodies of detective fiction ever written. If you're just getting into Twain, this is a good place to start.

I don't believe Robin Field could sound more flat and bored if he tried. These are wonderful Twain stories, but Field sucks out every spark of life. I would label this a phoned-in performance before the invention of the telephone. The performance makes this book impossible to endure.

Great but not all Stories in book are on Audible

Great and enjoyable but the last stories in the book are missing on the listening version. That's disappointing!

Twain stands the test of time

Would you consider the audio edition of The Best Short Stories of Mark Twain to be better than the print version?

Twain is good in either format, but this audio is very well done.

What was one of the most memorable moments of The Best Short Stories of Mark Twain?

My teenage son and I enjoyed the two stories of the boys who turned out differently than might be predicted by their behaviour, especially when the bad boy "all of a sudden wasn't taken over by a terrible feeling of guilt."

What does Robin Field bring to the story that you wouldn’t experience if you just read the book?

I enjoyed the narrator, who provided a hint of the accent so that Twain's "twang" of the late 19th century American west and midwest comes through.

Robin Field was excellent in reading Mark Twains' stories. It's too bad Sam isn't alive today to give us his toungue in cheek commentary on current politics.

My wife didn't care too much for Robin Field's reading. The best I ever heard is Hal Holbrook's Mark Twain Tonight.

If course Mark Twain is a genius--the greatest American author of all time. The reader was also excellent. He captured Mr. Twain's subtle wit and sarcasm perfectly.