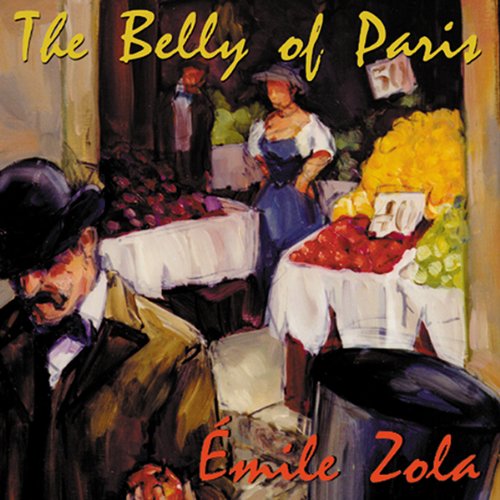 The Belly of Paris

Although it is little known in this country, The Belly of Paris is considered one of Émile Zola’s best novels. Set in the newly built food markets of Paris, it is a story of wealth and poverty set against a sumptuous banquet of food and commerce.

Having just escaped from prison after being wrongfully accused, young Florent arrives at Paris’ food market, Les Halles, half starved, surrounded by all he can’t have, and indignant at his world, which he now knows to be unjust. He finds that the city’s working classes have been displaced to make way for bigger streets and bourgeois living quarters, so he settles in with his brother’s family. Gradually, he takes up with the local socialists, who are more at home in bars than on the revolutionary streets. Slowly, the ever-widening gap between the rich and the poor drags the city to the breaking point.

"[The novel’s] descriptions of cuisine…are notable for their length, detail, and humor." ( Washington Post)
"One of Zola’s own favorites, The Belly of Paris is a brilliant exposition of one man’s fragmentation and an often painful indictment of those who live innocent of infamy or praise." ( Publishers Weekly)

What listeners say about The Belly of Paris

Not keen on Davidson’s voice

I’m not keen on Frederick Davidson’s voice. His performance on the women in the market are not that distinguishable, their raspiness made my voice hurt. His performance of Florent was breathy made my lungs feel constrained, and my throat tightened. His acting was superb, but the accompanying voices didn’t give the movement its instrument.

Would you try another book written by Émile Zola and Ernest Alfred Vizetelly (translator) or narrated by Frederick Davidson?

I would certainly like to listen to more Zola and the translation was excellent. Frederick Davidson's rendering of the book was poor. His lazy, almost sneery, rendering together with his inability to distinguish between a comma and a full stop is pretty poor.

Get someone else to read the book.

Really enjoyed the story, but did not enjoy Mr Davidson’s reading of the story. His character accents are terrible.

Emile Zola writes in very poetic way and the long descriptions of the market place never get boring. I had no issues with the performance, it was fine.