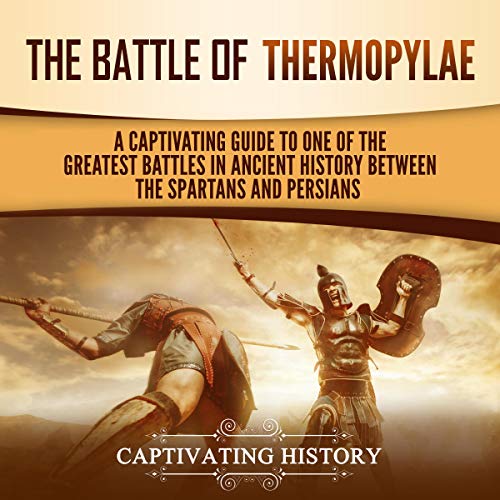 The Battle of Thermopylae

If you want to discover the captivating history of the Battle of Thermopylae, then pay attention....

The Battle of Thermopylae is one of the most famous battles in human history. It featured two of the ancient world’s most prominent cultures, the Achaemenid-led Persian Empire and the fragmented yet culturally advanced Greeks. It also included some of history’s most famous leaders, such as the Persian king Xerxes and the Spartan king and military general Leonidas.

This glorification is apt only because the battle was indeed an important moment in the much larger conflict known as the Greco-Persian Wars. However, the Greeks lost this battle. In fact, it was a slaughter. Had it not been for some good fortune as well as an advantage in terms of equipment and fighting techniques, the Battle of Thermopylae could have gone down in history as the beginning of the end for one of the world’s great civilizations.

That these soldiers were more willing to die than to surrender to the evil Persians is part of the reason why this battle has become so famous. It serves as a symbol of what people will do to protect their freedom and their homeland. Sure, much of our memory of the Battle of Thermopylae is glorified untruth, but no one can deny that the Greeks and the Persians, in late August or early September of 480 BCE, fought one of the most important battles in one of the most important wars of the ancient era.

In this audiobook, you will discover topics such as

So if you want to learn more about the Battle of Thermopylae, buy this book now!

What listeners say about The Battle of Thermopylae

It's a good book!

It's a good book. Most of what I thought I knew about Thermopylae was wrong. Enlightening and entertaining.

Amazing book, very descriptive and through on the happenings surrounding the battle. I highly suggest for anyone interested in Greek history!

Easy to follow for those not well versed in Greek history. Gave me a better appreciation for the logistics of ancient warfare.

I thought it was well written and maintained the listener's interest. The only complaint is the lack of maps and markers of battlefield positions.

This book provides an excellent overview surrounding this famous battle. It's somewhat of a summary and analysis of some of Herodotus's Histories.

Wonderful Full of wonderful details about this his

If you are interested in the historical background surrounding the Battle of Thermopylae, this is an excellent resource. It is thought-provoking and gives a good account of the events surrounding the epic battle.

Lots of details but not overwhelming. Interesting side stories about the many different personalities and relationships between Greek city-states. It also provides a realistic view.

This is the story of the epic battle told in detail. Here is a lot more here than you ever learned in school.

I thought the book was very good. It described the battle but importantly put it in the context of the events of the period.

This book goes into detail about everything that has remotely anything to do with the Greek and Persian relationship leading up to the war and the battle between the two empires but does not cover in detail the actual battle of Thermopylae in that great of detail.

This audiobook by captivating history is truly a marvelous work dealing with a moment in history that forever changed everything that came after.

Thermopylae is a great source of information about the Persian invasion of Greece by Xerxes after the battle at Marathon. It ranges from an in-depth view of the intriguing and alien Spartan culture to Greek terrain and armor, to a background of Persian-Greek relations.

The author provides an interesting insight into the various historical sources who had reported on the battle in Ancient times.

A well-paced history, a broader tale of invasion and war in which the Thermopylae battle was but one important part.

As always with history, the movies do not tell the real tale. No spoilers here, but what happened at Thermopylae was but a single incident in a much wider story taking place over several years during the great invasion of Europe from Asia.

If you want to learn about the battle at Thermopylae, this is the book. It puts you right in the action.

Awesome book, a great deal of information on the actual battle, which led to the battle and lasting repercussions for the west.

The book had a fantastic mix of primary sources and secondary sources in this amazing narrative of Athens, Sparta, and other Greek city-states that stood against Persia and its allies.