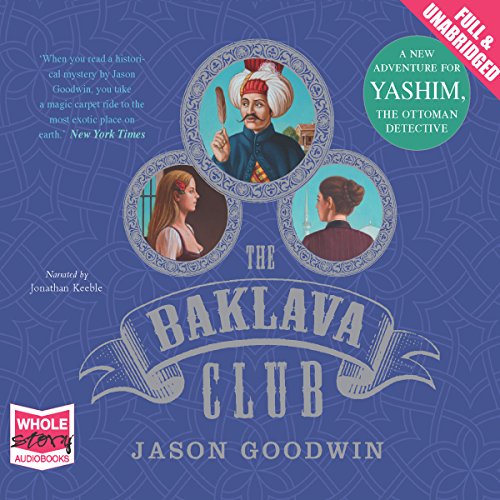 In nineteenth-century Istanbul, a Polish prince has been kidnapped. His assassination has been bungled and he’s held captive in an unused farmhouse. Little do the kidnappers realise that their revolutionary cell has been penetrated by their enemies. Yashim is convinced that the prince is alive. As he draws closer to the prince's whereabouts, Yashim finds himself in the most treacherous situation of his career.

"Jason Goodwin's much-loved Inspector Yashim returns to solve one final mystery - his most thrilling and most colourful case yet"
"When you read a historical mystery by Jason Goodwin, you take a magic carpet ride to the most exotic place on earth" ( New York Times)

Characters were amazing as well wonderfully narrated, enjoyed every chapter and the overall story line was easy to follow. Performance of the narrator was very entertaining and alive. I enjoyed it very much.

Plot too complicated for me.

Would you try another book written by Jason Goodwin or narrated by Jonathan Keeble?

Have already listened to other books narrated by Jonathan and probably would try another book by Jason.

Already listening to The Rembrand Secret.

I thought he read the book well overall.

Can't think of any.

I didn't understand the plots in this book, nor what happened at the end. again, too much violence and bloodshed.