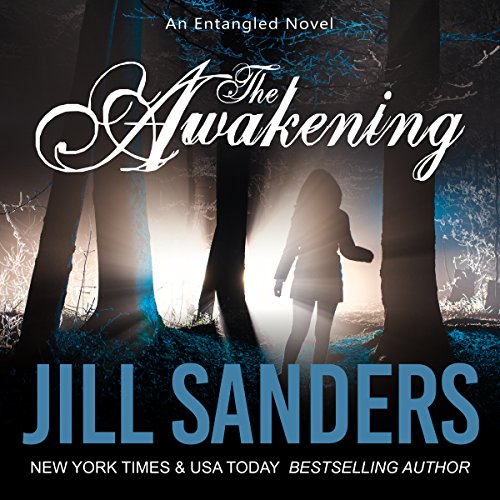 Christina swore she'd never return to her hometown of Hidden Creek, Georgia again. Her upbringing there could only be described as torture at best. She never asked for the unusual abilities she possesses, but was quite certain they would torment her the rest of her life. After spending years hiding and trying to escape the judgement and abuse of her family and the cruel people of Hidden Creek, she's finally come to terms with her gift. Now she wants nothing more than to forget the past and get on with her life. But with her parents' sudden passing, it now falls on Christina to return and take care of everything. With her parents gone, she finally hopes to close this dark chapter of her life and leave Hidden Creek behind for good. That is, until she finds herself mysteriously drawn to the intoxicating gentleman next-door, who seems to share a strange and unusual bond with her.

Michael has spent years in the military and on the police force in Atlanta. After almost losing his life in a brutal betrayal by his crooked partner, he's decided to leave the force and take up residence in sleepy, stress-free Hidden Creek, where he meets Christina, a mysterious, raven-haired beauty with uncanny abilities. He'd always thought of himself as a rational person. He didn't buy into in crazy things like ghosts, spirits, demons, or other paranormal witchcraft nonsense. But now he must be losing it, as a strange apparition begins appearing at the foot of his bed each night.

I like book about seers, mediums, clairvoyants, psychics, people who can touch someone and can see everything about the lives of those she’s touching, that kind of thing. So, I liked this book. It was about parents that were such religious fanatics that they tortured their kid, starting when she was four, trying to get the devil out of her. And it’s about Xtina, who hid she powers from everyone, UNTIL she didn’t. It’s about her neighbor, Michael, who had a ghostly visitor every night but Xtina had seen the ghost her whole life. Xtina had left home as soon as she could but was now back home for her parents’ funeral. And, of course, she didn’t mind at all that they were dead.

It was one little mystery after another and that made it interesting all the way through. I’ve read 7 other books by Ms. Sanders but this is my favorite.

There is graphic sex in this. There's NO sexual tension or sexual attraction, no desire, no want, no thoughts or feeling. Just sex! And there's a little swearing, but not much. Good thing the storyline was good.

*********
NOW THE BAD NEWS!! Michael, Xtina, Jess and Jacob are sitting in the living room talking about what Jacob had “seen” when Xtina told them they’d have to wait until everyone was there before she could tell them. Then the doorbell rang and Xtina stands there staring at the person at the door and the book ended. A CLIFFHANGER? Really? AND the next book isn’t due out until the Spring of 2017? WTH? Had I known I would NEVER have bought this book. I read/listen to 3 to 5 books a week. Do you really think I'll remember this book next Spring? That's laughable!
*********

As to the narrator: Actually, there was a lot of laughter in this book and Roy Samuelson did not laugh once. And when he and Jacob were in the woods trying to sneak up on the bad guys his voice was just about yelling during the conversation Michael and Jacob were having while they made their plans. So, no, I thought Roy Samuelson stunk. All his women’s were rather manly but every man had his own specific voice. I would definitely try not to want a book where he was the narrator.

Sentences get reapted over and over.

Sentences get repeated over and over. Both in this book and the sequel. Narrator isn't that good but did not detract from the story. If you are getting it for free with Audible Escape, it is worth a listen. Otherwise, maybe not.

This was from an experienced writer so it is surprising that this book felt desperately in need of a really good editor. The bones of the plot were really good but the final product left me feeling cheated. There was no real development in the relationship of the H and h. They became a couple pretty much immediately, notwithstanding the illogical protestations of the h that somehow she was not suppose to fall in love.

The “special abilities” were easy to interpret which meant there was no tantalising hints or any sort of mystery. Furthermore, after a while it seemed almost every character had some sort of “special ability” which conveniently developed to move the story along. The “bad guy” just came out of nowhere, with a whole back story of the trauma he had caused suddenly being slotted into the book to explain his appearance. Several other plot strands were thrown in but never developed and major issues treated with annoying brevity (adopted son reunited with parents, two strangers discovering they are brothers, several characters suddenly developing physic abilities, childhood abuse, small town bullying)

The epilogue was a blatant attempt to get the reader to buy the next book. Can I just point out to any writer who reads these reviews: If a book is good, we will buy the next one. In this case the obvious attempt to get me to read the next book was just irritating, with the last sentence adding to the irritation by introducing a mysterious new character, and announcing the arrival of even more “special abilities”.