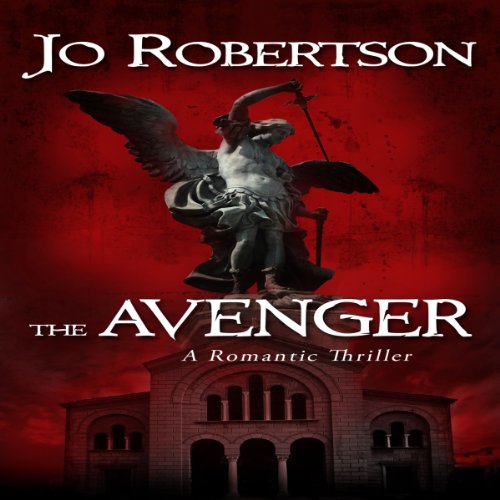 A clandestine government organization called Invictus “recruits” outstanding athletes for secret projects. But their top agent Jackson Holt has special, almost preternatural, qualities not even the organization can explain.

Olivia Gant, professor of Ancient Studies at a private college in California, was once Jack's childhood sweetheart. But when he deserted her, he left her alone to combat her stepfather's drunken attentions and her mother's careless neglect.

Nearly twenty years later, their paths cross in a mission to fight a bizarre religious serial killer whose methods include crucifixion and burial alive. Olivia and Jack battle for happiness against years of secrecy and distance as they use Olivia's expertise in Latin and Jack's special gifts to track a brutal killer.

Can Olivia forgive Jack for his long-ago betrayal? Can Jack allow Olivia to witness the terrible change that makes him such an effective killing machine?

What listeners say about The Avenger

Great story exciting and interesting. Although the killings were pretty ghastly. As for the sex well it was good too. Nicely read.
Sandra New Zealand A

This story was barely okay. Narrator was good.

So this story was barely okay at best.

The main characters Olivia and Jackson could have been better together. I just had a hard time buying them as a real "in love" couple. There are some nicely written sex scenes so this book isn't rated G. Not erotica, just well written.

Olivia I found to be wishy washy quite a bit. I didn't really care how she acted in the fact that he took off when she was seventeen years old. Literally holding that against him. Seriously??? You were 17. Get over it! Why he constantly had to defend his actions 18 years later because he left was just annoying. Grow up and get to know him now but shut up whining that he is going to leave you again. Whatever!

Jackson and his special power thing was a bit cheesy to me. It started out with potential but then cheese. This Invictus group and meds he took and they way his "super powers" were written was just cheesy and stupid. And none of it made sense nor was it described or explained very well how he became this way. I like paranormal so this to me was really far fetched and not well written. This invictus organization could have been a good story line but it was not.

This serial killer was all over the place and the way he killed his victims was all different. It was all just really odd and kinda dumb.

All in all, I didn't really care much for this story to be honest. Too many eye rolling moments for me.

As for the narration, I think Sebastian Fields did a good job. The women sounded like women everyone had their own distinct voice, he had a very nice reading voice and read with emotion as called for. However, I will say the voice he used for our hero, Jackson could have been more manly.

I did get his book as a free read with my KU subscription and 1.99 for the audible, so glad for that. I wouldn't have wanted to pay any more than that.

I loved this story so much. This is my first book by Jo Robertson but it certainly won't be the last! It was filled with a bit of every range of emotion you could feel. And the narration was spot on by Sebastian Fields! His voice and the emotion he puts into his craft just sucks you right in like you're there in the story!

I was a little worried when I first started reading this book, afraid the killer’s descriptions of his kills would be too much for me. I like books about serial killers but I don’t want to know how they kill their victims. Not to worry, there wasn’t much gross stuff you have to read.

I was curious about Jack. The author made it sound like Jack was going to turn into something other than a human, like this was going to be a shifter book, but that didn’t happen. Even at the end of the book I’m still not sure what Olivia saw in him when he showed up to save her. That description was kind of left up in the air. I know when he went into the forest and took the pills to get into the killer’s head it was as if he could see and hear what was going on with the killer and all his senses heightened but he didn’t turn into anything, like he kept saying he did. I didn’t get that, at all.

But, it really was a good book and although it was book 2 in the series it was definitely a stand-alone. The first book was about Slater and Kate but Kate wasn’t in this story for even a minute, she was off on some assignment. And Bill Gant, Olivia’s ex was such a creep and I hope someday he gets what’s coming to him. Vargas and Santos were horrible human beings but the next book is about them so I’m guessing they’ll get theirs, and it appears Torres, from this book, will be the one to get them. I started out liking Warren but at the end he was a jerk.

There was no sexual tension in the book but there was a long delayed love story that was wonderful, 17 years in the waiting. And there were a couple of explicit sex scenes.

There was swearing and the F-bomb was released 14 times.

As to the narrator: Wow! Where to begin? He was fantastic. He really, really laughed, whispered when it called for it and sometimes when it didn’t and you just knew it should have been there, snorted, murmured, muttered, yelled, any emotion and it was there. I had never listened to Sebastian Fields before but he was the best narrator I’ve ever listened to, male or female. I will definitely be looking to see what else he’s narrated.

I got this through KU. The narration made the whole book!!!

Having read the first book in the series and enjoyed it, I decided to try #2. It was a mistake. I couldn't believe the same person authored both books. Too many gratuitous sex scenes totally unnecessary to the story line (which I hastened to skip). No mystery as to who the bad guys were. The transparent addition of red herring male characters, all of whom "desired" the heroine ad nauseam. I listened all the way to the end, hoping for redemption, but there was none. Jo Robertson has lost a reader.