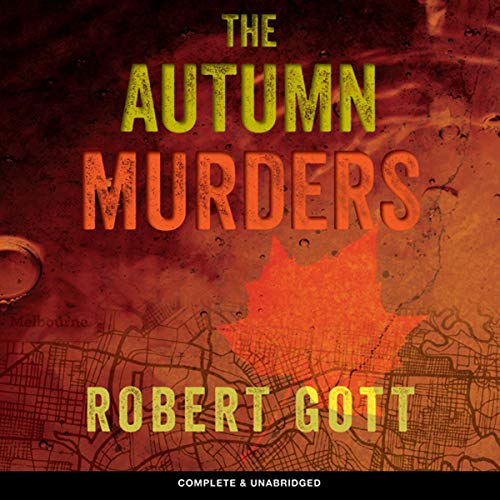 In the autumn of 1944, George Starling prepares to exact revenge on the person he hates most in the world (and Starling has a long list of people he hates): detective Joe Sable of the Melbourne Homicide division. Driven by his dark passion for Nazism, Starling is going to make sure that nothing and no one will stand in his way and survive. In the meantime, Homicide is in turmoil. Riven by internal divisions and disrupted by the war, it has become a dangerous place for Joe to work. Constable Helen Lord, suspended from her position in Homicide, and battling grief, is also in Starling’s sights. Knowing that inspector Titus Lambert can’t protect them from Starling’s ruthless aim, Helen and Joe decide to set their own trap. But when the trap is sprung, who will be caught in it?

What listeners say about The Autumn Murders

So nice to hear the "Australian Voice"

I really enjoyed all three of the books in this series
Well written and the narration was great.
A wee bit predictable on occasions but still great nonetheless

Thank you for an enjoyable "read"