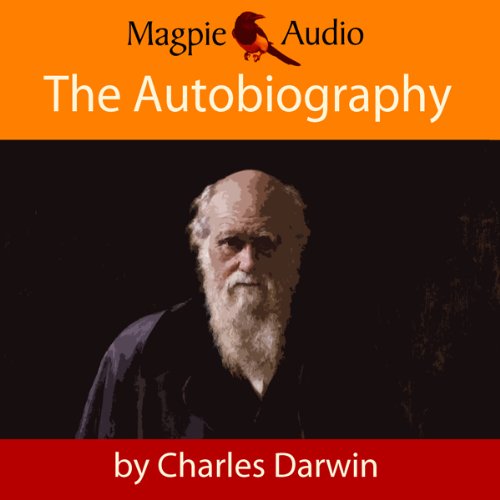 The Autobiography of Charles Darwin

This work, unsurprisingly, offers invaluable insights into the life and times of Charles Darwin, his personality and the formative influences that made him what he was, for here we have his own words and ‘voice’ at the close of a prodigiously productive career. He tells of his childhood, his student days at Edinburgh and Cambridge, his love of beetles, shooting and geology and of his grandfather, Josiah Wedgwood. He talks at some length about his meetings with the great scientific men of the age, his attitudes to his critics, to religion and of his theories of evolution. He also discusses his scientific methods and the background to the publication of many of his works including ‘The Origin of Species’ and ‘The Descent of Man’, and how he came to join ‘The Beagle’ as naturalist. This is an indispensable work for any student of Darwin, of evolution and conceivably, creationism. It is undoubtedly the autobiography of a great man.Greg Wagland reads The Autobiography of Charles Darwin for Magpie Audio. Note: This is the version authorized and edited by his son, Francis. Francis Darwin and Charles’ wife Emma censored and excised some passages, in part to limit references made to his home life.

What listeners say about The Autobiography of Charles Darwin

I thoroughly enjoyed this reading of Charles Darwin's autobiography. The only flaw was in the handling of notes through the book, though fortunately they do not appear too often.

Excellent and important for understanding the man.

What made the experience of listening to The Autobiography of Charles Darwin the most enjoyable?

The up beat tone to the author's writing style was the best.

Have you listened to any of Greg Wagland’s other performances before? How does this one compare?

Much maligned by religious people, Mr. Darwin deserves the courtesy of awareness. Agreeing or disagreeing with his theories seems shallow if one doesn't know something of the man himself.

The biggest drawback for listening to this book came from the way the reader dealt with the parenthetical insertions from F. D. Nevertheless, the insertions often provide interesting back fill.

Though a proponent of Intelligent Design, I appreciate this glimpse into the humanity and diligence of Mr. Darwin's life and work. TLY

Interesting to know how Darwin thought during his days and that his children accomplished to publish his memoirs. It's not a book well written but have some curious cases.