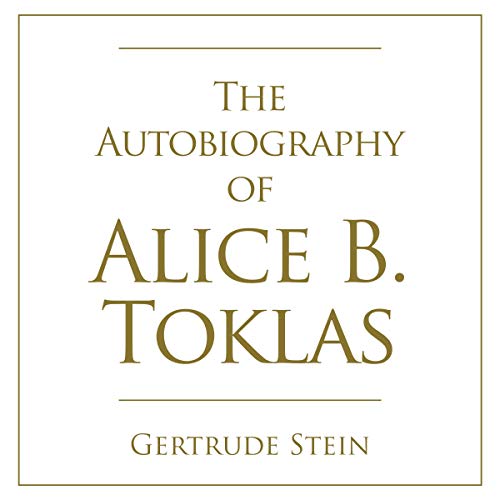 The Autobiography of Alice B. Toklas

The Autobiography of Alice B. Toklas

Ranked by the Modern Library as one of the 20 greatest English-language non-fiction books of the20th century, The Autobiography of Alice B. Toklas is a wonderful insight into the art world in Paris.

It is full of charming and personal first hand accounts of Alice B. Toklas and Gertrude Stein’s relationships and encounters with the likes of Henri Matisse, Pablo Picasso, Ernest Hemingway, Georges Braque, F. Scott Fitzgerald, Jean Cocteau, Ford Madox Ford, Sherwood Anderson, Ezra Pound and T. S. Eliot, among many others. Stein and Toklas’ famous apartment, the salon at 27 rue de Fleurus, Paris, saw many of these artists and writers meeting each other in the 1920s. That same apartment was a treasure trove of artistic works and, as the book states, “I always say that you cannot tell what a picture really is or what an object really is until you dust it every day”.

Gertrude Stein is also known for her writing of prose that is unorthodox and experimental, as one of the first American modernists. The conversational, personal style in The Autobiography of Alice B. Toklas is influenced by this.

A very interesting insightful story of two women in Paris who contributed financially to supporting artists leading up to and during the First World War. fascinating .... fabulous!