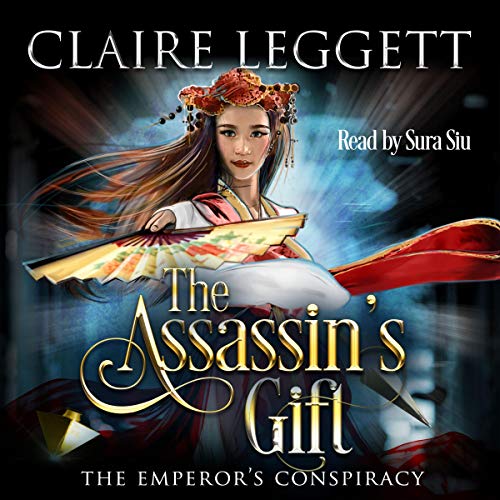 She's trained to kill. But is her prey the man she's ordered to eliminate…or the one who sent her?

Princess Lien reserves her loyalty for her uncle, the emperor. Groomed as his secret assassin after he took her in, her first target is the khan of the barbarians responsible for her parents' murder. But her supernatural speed is no help when the monarch betroths her to the man she's meant to slay.

Waking naked in the enemy camp far from the palace and her pet dragon, Lien is horrified to find she's imprisoned by the ruthless tribe — and they know her true mission. Refusing to believe her uncle betrayed her, she vows to become his spy. But as evidence that she's on the wrong side mounts, it will test her fidelity and honor.

Can Lien unravel a web of deceit in time to stop the real traitor?

The Assassin's Gift is the first book in the riveting Emperor's Conspiracy fantasy series. If you like strong heroines, loyalties challenged, and treacherous battles, then you'll love Claire Boston's enthralling adventure.

Buy The Assassin's Gift to reveal the heart of evil today!

What listeners say about The Assassin's Gift

a really enjoyable story. YA story about finding your place in life. Very enjoyable and fun