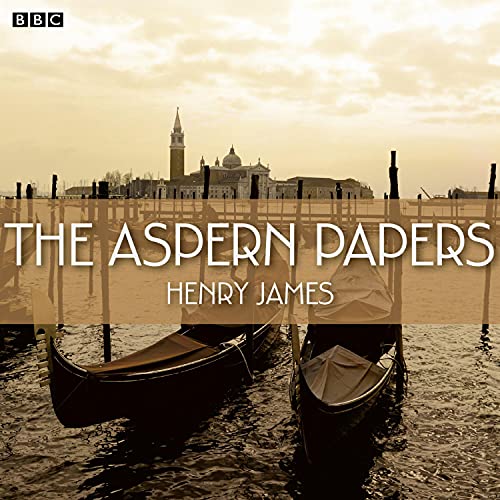 A BBC Radio 4 Book at Bedtime recording of Samuel West reading from the novella The Aspern Papers by Henry James, set against the decaying grandeur of Venice. Originally broadcast 26 April - 4 May 2010.

Henry James took as inspiration for this tale the story of a mistress of Byron's who outlived the poet into lonely old age. He transposed the setting to Venice and cast the city he loved as a character in a taut narrative of literary theft and deception.

The lure of previously unseen papers relating to the long-dead poet, Jeffrey Aspern, brings one of his literary editors to Venice in the grip of an obsession. He broaches the palazzo of Aspern's ancient and discarded lover, Miss Juliana Bordereau, and deceives her fluttering middle-aged niece, Miss Tina, into believing he wants to lodge with them in order to cultivate the garden - all in his quest to secure the elusive letters and papers.

Read by Samuel West. Abridged and produced by Christine Hall.

What listeners say about The Aspern Papers (BBC Radio 4: Book at Bedtime)