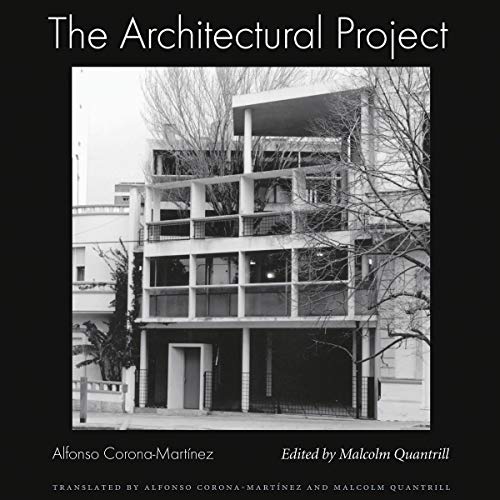 In this challenging interpretation of design education and its effect on design process and products, Argentinean scholar Alfonso Corona-Martinez emphasizes the distinction between an architectural project, created in the architect’s mind and materialized as a set of drawings on paper, and the realized three-dimensional building.

Corona-Martinez demonstrates how representation plays a substantial role in determining both the notion and the character of architecture, and he traces this relationship from the Renaissance into the modern era, giving detailed considerations of functionalism and typology. His argument clarifies the continuity in the practice of design method through the 19th and 20th centuries, a continuity that has been obscured by the emphasis on changing goals instead of design procedures, and examines the influences of modernity and the legend of the Bauhaus.

He concludes that the methods formalized in Beaux Arts teaching are not only still with us but are in good part responsible for the stylistic instability that haunts modern architecture.

Abstract but not abstruse, The Architectural Project provides clear information for a deeper understanding of the process of design and its results. More so than any other recent text, it shows the scope and richness of the field of speculation in architecture.

"It is rare to encounter a book that takes such an original and productive stance...." (The Architectural Review)

What listeners say about The Architectural Project

The intro is great! It wasn’t in the sample. Taken together this little book is a stick of dynamite for creatives. 🧨🧨 Perfect primer for any young architect/designer or aspire to be one. A fun listen and won’t lose you either. Not sure if it’s best for a casual connoisseur. Certainly a point of the book is to dive deep. Philosophically and practically I found it to be the best audiobook on concept composition around. Fives all the way; the reader has very few pronunciation hangups and appears comfortable with the material, that can make break any listen. In this case the style and intonation of presentation complemented the material. If you need a boost and you’re no novice you’ll find substance to interest you. Really next best thing to designing itself for the what it’s like aspect of the plan/program.