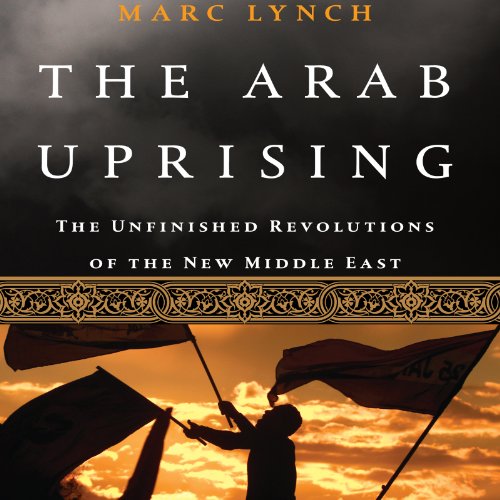 Barely a year after the self-immolation of a young fruit seller in Tunisia, a vast wave of popular protest has convulsed the Middle East, overthrowing long-ruling dictators and transforming the region’s politics almost beyond recognition. But the biggest transformations of what has been labeled as the “Arab Spring” are yet to come.

An insider to both American policy and the world of the Arab public, Marc Lynch shows that the fall of particular leaders is but the least of the changes that will emerge from months of unrest. The far-ranging implications of the rise of an interconnected and newly-empowered Arab populace have only begun to be felt. Young, frustrated Arabs now know that protest can work and that change is possible. They have lost their fear - meanwhile their leaders, desperate to survive, have heard the unprecedented message that killing their own people will no longer keep them in power. Even so, as Lynch reminds us, the last wave of region-wide protest in the 1950s and 1960s resulted not in democracy, but in brutal autocracy. Will the Arab world’s struggle for change succeed in building open societies? Will authoritarian regimes regain their grip, or will Islamist movements seize the initiative to impose a new kind of rule?

What listeners say about The Arab Uprising

Good, albeit often repetitive, review of the Arab Uprisings starting from historical context of the Arab Cold War onto a detailed review of uprisings of 2010/2011 in each country. While the author provides good analysis and highlights both the interrelatedness and nuanced differences from country to country as well as the changing conditions over time, the author's role advising the Obama administration provides a sometimes unnecessary focus and bias on decisions from the Bush administration. Whether agreeing with the bias or not, it was more apparent than I had hoped. Still a worthwhile book.