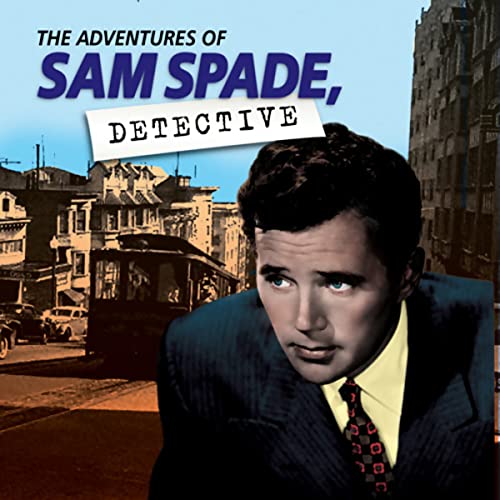 The Apple of Eve Caper

By: The Adventures of Sam Spade
Narrated by: uncredited
Free with 30-day trial

This episode of The Adventures of Sam Spade first aired on June 19, 1949.

Dashiell Hammett's classic detective burst out of the pages of The Maltese Falcon and into his own radio series on July 12, 1946. Featuring Howard Duff as Spade and Lureen Tuttle as his faithful secretary, Effie, the series appeared on three different radio networks: ABC (1946), CBS (1946-49), and NBC (1949-51). Toward the end of the series' run, Steve Dunne replaced Howard Duff in the title role. The program won a 1947 Edgar Award for Best Radio Drama.

What listeners say about The Apple of Eve Caper

What would Sam do without Effie?

Another highly enjoyable excursion into the caper filled life of Sam Spade. Howard Duff & Laurene Tuttle were born to play opposite each other. What a wonderful Effie Perine!