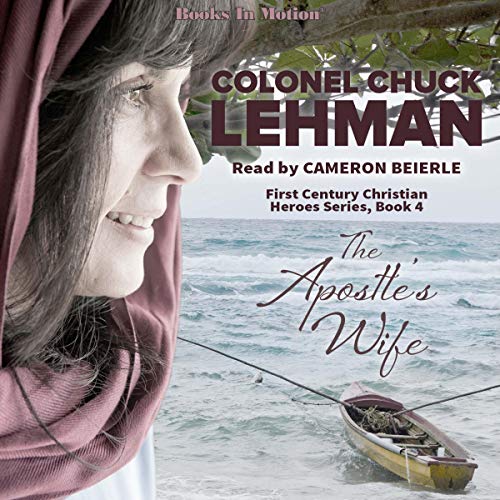 Aliza, the wife of a simple fisherman named Simon, is thunderstruck when her husband announces he and his business partner are quitting their jobs to follow a man known as Jesus of Nazareth.

She is suddenly without income and nearly destitute! For three years Aliza sees Simon, now known as Peter, only occasionally.

Her resentment mellows somewhat as she develops into a first-century entrepreneur, but she refuses to accept Jesus’ message - a new covenant with God. “The kingdom of God is at hand,” he tells all who will listen. While Peter is away, Aliza is abducted by a childhood enemy.

She escapes but is pursued relentlessly while trying to reunite with her husband. A Roman centurion, and recent convert, befriends Aliza and Peter after Jesus is brutally executed.

The Roman’s encouragement moves Aliza to look closer at Jesus’ message of redemption.

Finally, Aliza receives a miraculous vision which changes her attitude and her new life with the Apostle Peter.

What listeners say about The Apostle's Wife