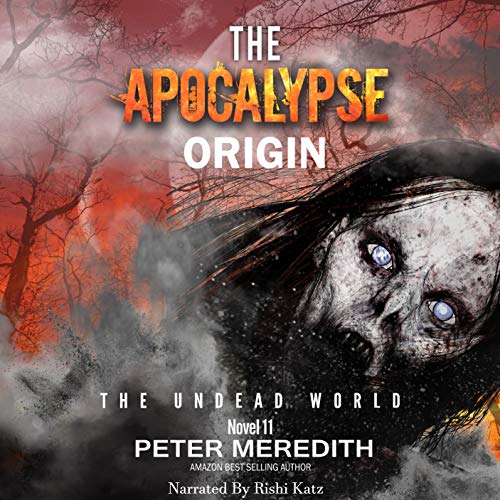 The nights are long and cold. The days are endlessly silent, except when the monsters sniff out a survivor. Then, the screams drill into your ears and the grinding sounds of teeth on bone is enough to drive a little girl to madness.

In the beginning, there were sleepovers and best friends and pizza on Fridays. Then the monsters came. First it’s the human monsters, raping, murdering, and stealing everything they can get their hands on.

Then, come the real monsters, and survival is no longer a matter of luck. To survive the dead, a little girl has to become something else. She has to become more than human while at the same time, sink into depravity that’s beyond the bounds of society.

Within this book are four stories of survival that paint a picture of true madness coupled with raw innocence and a breathtaking genius.

The origin of Jillybean has been shrouded in mystery, until now.

The Courage to Survive

The Witch: Jillybean in the Undead World

What listeners say about The Apocalypse Origin

The last story was good

The reader ruined this for me. The last story was good the others were ok.

The only criticism I have is that it was read by a woman. Not that's there's a problem with women reading, but the Apocalypse series and Generation Z we're read by men who could actually sound somewhat like women and little girls. Unfortunately, it was hard for this narrator to sound much like a man and it was hard to really get immersed as a result. Other than that, she did a good job and the stories were great, much like all the other books I've listened to by Peter.

The attempt of the narrator to talk like a little girl is skin crawlingly annoying and I can’t do it!!

I CAN'T LIVE WITHOUT JILLYBEAN!!

Seriously. I can't! The Epic Jillybean lives again in this new installment to The Undead World Series by Peter Meredith. BEST SERIES EVER, in my opinion! I have never been so captivated by one series, one character, as much as I have by our little Jilly. We've watched her grow up! Don't miss out on this amazing book by Peter Meredith. He hits a home run again, and I can't wait for more from one of my absolute favorite authors!

Great JILLYBEAN stories! Great way to give some additional back story to a great character.

I loved this book.

Peter Meredith is one of my favourite authors. This book was thoroughly enjoyable. It was easy listening compared to his previous works but I loved it!