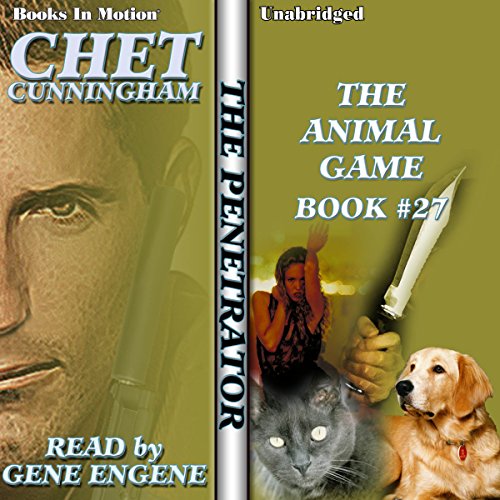 Right off, Mark Hardin smelled a rat. Someone was stealing animals...a lot of animals. It wasn't an escalation of the "petnapping" of several years past. No ransom asked, but thousands of dogs and cats were missing, primarily along the densely populated Eastern Seaboard. Sheer volume alone dictated that there was some planning behind the thefts. Somewhere, these small animals were being disposed of. And there had to be a profit in it for somebody.

Enraged when he discovers that the stolen pets are being used for experimental purposes, The Penetrator tracks down the ringleader of the racket, racing against the clock as the fiendish operation expands, threatening extinction if Mark doesn't muzzle the madman - fast!

What listeners say about The Animal Game