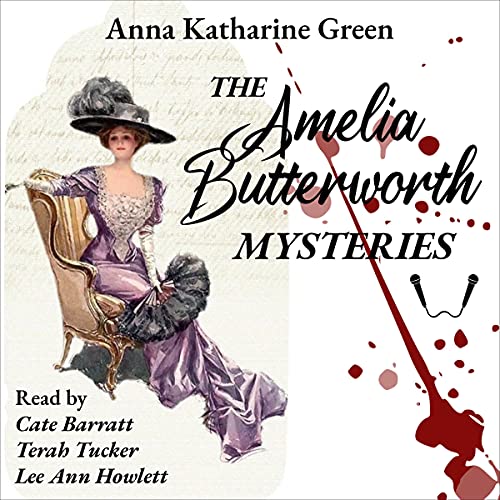 Anna Katharine Green (1846-1935) was one of the first writers of detective fiction and a major precursor of more celebrated female crime writers like Agatha Christie and Dorothy L. Sayers.

The Amelia Butterworth Mysteries is a series of three novels featuring Amelia Butterworth teaming up with Ebenezer Gryce. Miss Butterworth is a nosy high-society lady whose wealth and lack of family give her plenty of free time in which to solve several Victorian-era crimes.

That Affair Next Door - narrated by Cate Barratt

What listeners say about The Amelia Butterworth Mysteries