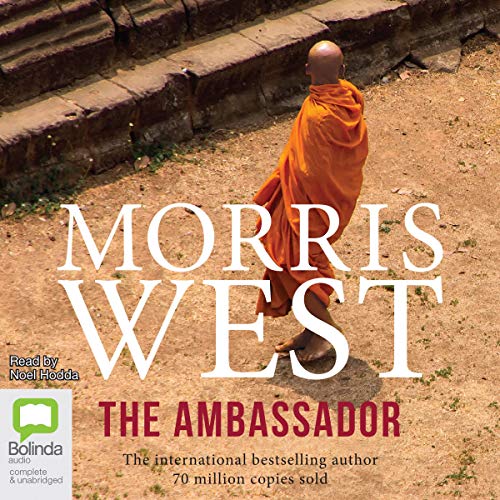 American Ambassador Maxwell Gordon Amberley has a reputation as a tough negotiator. Yet when he is sent to Vietnam, the dilemma he faces throws him into self-doubt. He is made arbiter of his nation’s fate on the one hand and of the life and death of the ruling house of Vietnam on the other.

Out of every international crisis comes at least one great story. From the explosive, bitter and savage battlefront of Vietnam, Morris West's The Ambassador brings to life the early days of the Vietnam War and its backroom political dealings, foreshadowing the repercussions that continue today.

"Mr West is a master-hand in accurate scene-setting." (The Sunday Times)

What listeners say about The Ambassador