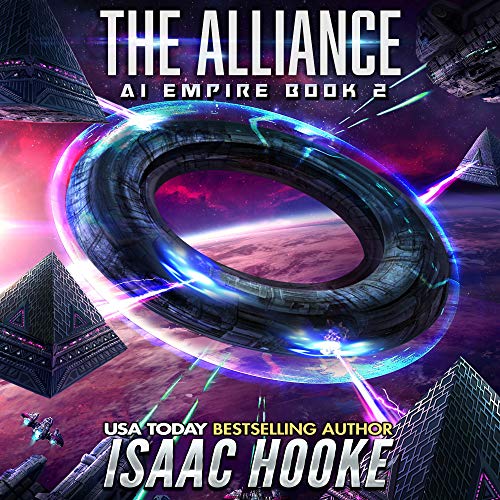 By: Isaac Hooke
Narrated by: A W Dickson

The war against the Link Empire continues.

Jain and the Void Warriors struggle to secure the allegiance of the Banthar and Tyrnari. Without these key alien allies, the war will be lost, as humanity lacks the resources to face the empire alone.

Unfortunately, the Link has no intention of allowing humanity to form such an alliance, and the leaders of the malevolent empire will do everything in their power to subvert him.

It's going to take some sly political maneuvering on Jain's part to see the alliance through. Not to mention a few well-placed plasma blasts.

Book Two of a full-length military science fiction trilogy, The Alliance ends in a cliffhanger. Book Three will be available next week.

What listeners say about The Alliance