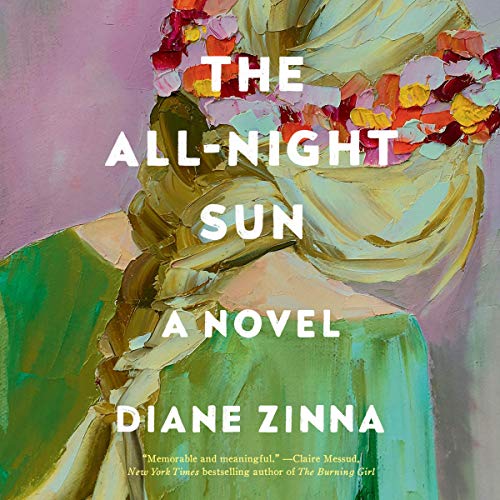 A lonely young woman gets too close to her charismatic female student in this propulsive debut, culminating in a dangerously debauched Midsommar’s Eve.

Lauren Cress teaches writing at a small college outside of Washington, DC. In the classroom, she is poised, smart, and kind, well-liked by her students and colleagues. But in her personal life, Lauren is troubled and isolated, still grappling with the sudden death of her parents 10 years earlier. She seems to exist at a remove from everyone around her until a new student joins her class: charming, magnetic Siri, who appears to be everything Lauren wishes she could be. They fall headlong into an all-consuming friendship that makes Lauren feel as though she is reclaiming her lost adolescence.

When Siri invites her on a trip home to Sweden for the summer, Lauren impulsively accepts, intrigued by how Siri describes it: green, fresh, and new, everything just thawing out. But once there, Lauren finds herself drawn to Siri’s enigmatic, brooding brother, Magnus. Siri is resentful, and Lauren starts to see a new side of her friend: selfish, reckless, self-destructive, even cruel. On their last night together, Lauren accompanies Siri and her friends on a seaside camping trip to celebrate Midsommar’s Eve, a night when no one sleeps, boundaries blur, and under the light of the unsetting sun, things take a dark turn.

Ultimately, Lauren must acknowledge the truth of what happened with Siri and come to terms with her own tragic past in this gorgeously written, deeply felt debut about the transformative relationships that often come to us when things feel darkest.

Praise for The All-Night Sun

“This stunning debut novel explores the space between dreams and nightmares, life and death, the brilliance of the midnight sun and the darkness when you shut your eyes. Diane Zinna has given us a tender, aching, and unforgettable story.” (Julia Phillips, author of the National Book Award finalist Disappearing Earth)

“The All-Night Sun is a provocative examination of the often-blurred boundaries between teacher and student as well as the disorienting effects of grief. Using language so suffused with light and color that it’s hard to look away from her words, Diane Zinna writes movingly about family, friendship, psychic black holes, and the ways in which art and writing can ameliorate the damage life etches on us all.” (Jennifer Steil, author of The Ambassador’s Wife)

“Diane Zinna carves her sentences on the page. This book is compulsively readable because no scene or paragraph goes to waste; each nuance of thought and feeling gets traced with generous intensity. Zinna renders all the vivid saturations of grief, but not just that: She also traces the complicated fretwork of young friendship. This book shows how coming-of-age and elegy can be the same story.” (Emily Fridlund, author of the Booker Prize finalist History of Wolves)

What listeners say about The All-Night Sun

This was a great book. Full of emotion, grief, love, and everything in between. I recommend.

One of the best books I’ve read in a LONG time!

I read a LOT of books and this one totally blew me away! Filled with incredibly beautiful writing and a great story takes you on an emotional journey about love and loss and grief. I had to make myself take my time listening because I loved it so much I didn’t want it to end. I also love the reader’s voice in this audiobook. She does such a great job of portraying each character.

I listened to the audible production of “The All-Night Sun” by Diane Zinna, narrated by Brittany Pressley. I was disappointed. It is longlisted for the Center for Fiction First Novel Prize and has received good press. Perhaps my expectations were too high.

I felt the narrator, 28-year old Lauren, was an unreliable narrator. To me, she had some mental/emotional issues. She’s an instructor at a small school, teaching writing to international students. She becomes obsessed with a Swedish student, Siri. Although it’s not a sexual attraction, it’s an obsession much like a sexual attraction. It’s very inappropriate.

Additionally, Lauren’s parents died in a very bizarre accident ten years prior to Lauren’s Siri obsession. Lauren’s internal dialogue about her parent’s accident led me to feel something was amiss. And then Lauren spends a summer in Sweden with Siri and Lauren’s obsession grows. Events happening during the summer seemed strange, strange enough that I felt that Lauren was mentally ill.

At any rate, the ending left me perplexed. Can’t say I’d recommend it. The narrator was great though.