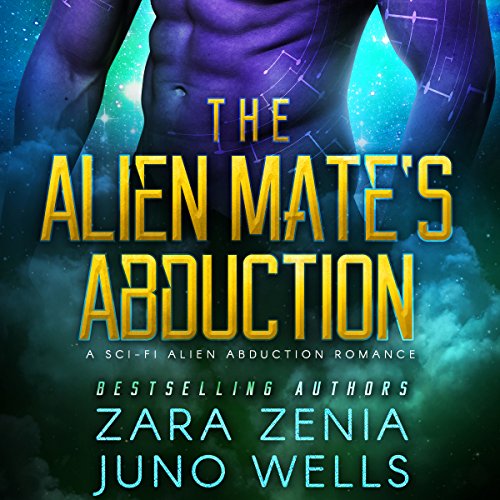 "I want you to know that no matter what happens, I don't blame you and I'll love you until I die."

Lainey devotes her entire life to taking care of others. As a cancer researcher, compassion is a huge part of her job. She has to care about her test subjects if she's going to be able to put into the necessary energy needed to help save them.

It's the same with Markathus, who goes by Mark, her dark god with his traditional style, and quiet manner.

But when it turns out that he's not the man he claims to be, and she ends up naked in a freezer on a cold gurney, she finds herself questioning her feelings for him. He says he'll help her, and that even though she's in a strange place with things that weren't supposed to exist, she'll be okay.

First, though, she needs to learn to trust him, and there's no way she can trust a man that isn't human. He lied to her, did this to her, and now he was asking her to believe in him.

Will Lainey find a way back to Earth? What will Markathus do to her?

The Alien Mate's Abduction is a standalone sci-fi alien romance novel. There is no cheating, no cliffhangers, and a happy ending!

I must say that this was the worst book I have ever read/ listen to. I
struggled ..
with this book. The reading was to
fast. All the voices sounded the same
it was confusing, trying to figure out who was speaking. then there was how fast the story was, then how fast the story jumped from one place to another. The end of the story was ,,,
well, lets just say it made my head spin. to say it sucked would be putting mildly.

This story was more about the Science Fiction details then romance. I did enjoy it, but i expected it originally to be more about the romance between the characters vs. the alien race.

Great story and an excellent narrator. I received a free review copy of this audiobook at my request and I have voluntarily left this review.

I was provided this audiobook through Audiobook Boom at no charge by the author in exchange for an unbiased review.

Darn, I really wanted to like this but couldn't. So unbelievable but I'll give it a gold star for creativity. But Markithus was no Alpha. I didn't see any redeeming qualities in him other than yes, he wanted to have emotions. But he didn't fight much for anything. And Lanie wasn't much better. I rolled my eyes way too often, but I won't make a list.

Narration was good. I've heard her performances before and they have never given me a cause to complain.

Hands stuffed in my pockets, folks.

Different from the start!

I had a hard time at first with this story. It grew on me. Once I got into it, I didn't want to stop. Give it a try! I really enjoyed it.

There isn't a lot I can say without giving away the plot. I will disclose that it isn't your typical alien-to-human love story. A hint; earth girls make nice babies.
It's H.P. Lovecraft, Stephen King, and Margaret Atwood rolled into one. If you enjoy being chilled to the bone, then this is for you.
I listened to most of it but horror is not my genre. I gave up before the finish line.

I got this ARC via the author and this is my review. The narrator took the story and started running with it and did not stop until the end. I loved the way she showed Marticus arguing with himself. The descriptions were awesome. Especially loved how that suit wrapped around her so she would not be caught. When Lainey finally forgave him made me sit up and take notice. This was a well-developed story that kept my attention the whole while. I finished listening in one sitting. Lost some sleep but that was ok. I'm retired.I am my own boss. Good story about a cruel race but one of them was able to step out and see the world differently.

I enjoyed this so,much more than I expected. The narrator did a great job of expressing the odd way Markithus (alien hero). The aliens had purged themselves of feelings and lost the ability to reproduce..rightly so. Markithus has fallen in love with Lanie when he was on earth and she was pregnant.
The story revolves around Markithus has developed human feelings from taking human form. His arguments in his minds are so entertaining and interesting...what he's thinking you would believe he would act the polar opposite of what he actually does. The explanations of human actions is interesting...Markithus's evolving feelings are so extreme it's so entertaining....loved it...if your looking for easy simple entertainment try this book....again the narration was so entertaining...just perfect for the story..the emotion, the lack of emotion...the arguments in their minds.

Would you listen to The Alien Mate's Abduction again? Why?

Yes, Just see and enjoy how they start off breaking up and then he saves her from the frezzers.

What was one of the most memorable moments of The Alien Mate's Abduction?

When he found her back home on earth in the just getting out the shower.

She was very easy to listen too. I would listen to other books she reads.

When she finall forgave him for not telling her what he was.

Such A Cruel Race

I like total escapism so I usually like books of this nature, that's why I downloaded this book. This time, however, I found it very hard to like the hero Markathus, he came from a race of beings without compassion and with no knowledge of love. He was sent to earth with a mission, to find out if earth women were suitable for bearing children for his race because their own race could not produce babies. But before his mission is complete he is recalled back to his home world. Why?

Once on earth he met Lainey a compassionate, thoughtful and loving woman. She fell in love with Markathus, thinking he was human. He left her broken hearted and pregnant. This happened before the start of the book. At the start of the book Lainey is a specimen on a slab in a freezer like room. Through her thoughts and memories we are introduced to Markathus.

By coincidence Markathus is an observer/guard at this facility and sees Lainey and decides to help her escape.

This story was well written and showed great imagination but the world created was so very cruel, there were one or two redeeming characters but in a whole species that's not many. Markathus was for me unlikeable, even when he is trying to be good. Lainey you just had to like but would she really have forgiven Markathus?

The ending was for me a disappointment, it felt rushed, I think it needed at least one more chapter. I don't like writing negative reviews and always try to find the best of any book but this one although written by authors who's work I usually like fell just a little short. Maybe the addition of an epilogue would help.