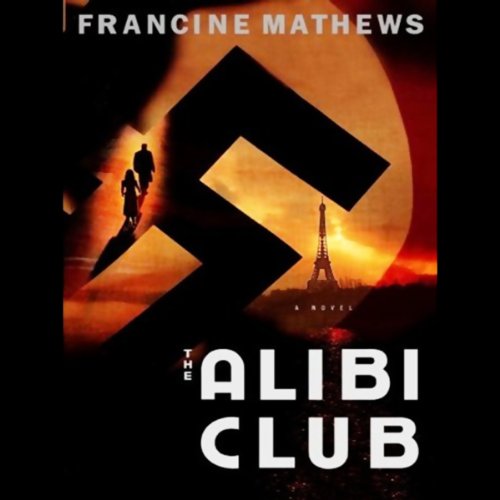 The sordid death of Philip Stilwell sends shock waves through the Alibi Club, the city's most infamous after-hours haunt, a glittering hotbed of deals and debaucheries. There's much more to Stilwell's untimely end than a sex game gone wrong. His murder and the desperate attempt to keep a deadly weapon out of German hands will bring together the strands of a twisted plot of betrayal, passion, and espionage, one connected to the Alibi Club — and to the most explosive secret of the war.

As the Nazis march on Paris and the crisis escalates, four remarkable characters are swept into the maelstrom. Their courage will change the course of history.

Epic and yet intimate, a seamless blend of fact and fiction based on a little-known episode of the war, The Alibi Club is a thriller of fierce and complex suspense. The author's own experiences in the world of spies make this tale of espionage come uniquely alive.

"What a movie The Alibi Club would make." (Chicago Tribune)
"A unique portrait of life on the edge of horror...[with] a remarkable cast of characters." (San Francisco Chronicle)
"Imagine the impeccable period details of Alan Furst's novels about Paris during WWII mixed with a cast straight out of Casablanca and you begin to get some idea of the pleasures on tap in Mathews' new thriller." (Publishers Weekly)

What listeners say about The Alibi Club

Couldn't finish it. Awful writing. Every interaction is forced. Didn't care about the characters. Couldn't get into the story. I really wanted too...but it just didn't happen.