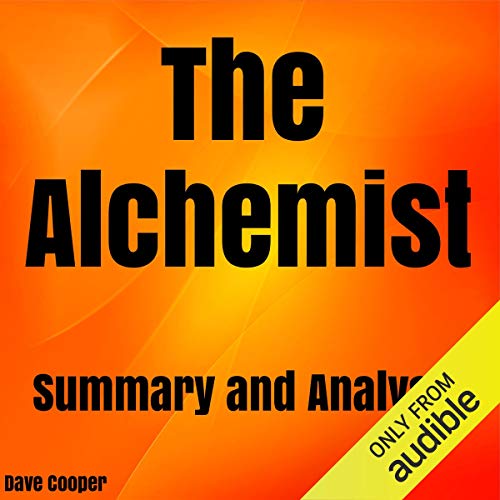 The Alchemist is the mystic story of Santiago, who is a young and adventurous Andalusian shepherd boy. Santiago desires to travel in pursuit of a worldly treasure as profligate as any ever found. He hailed from Spain and journeyed to the markets of Tangiers through the Egyptian desert where he had a fateful encounter with the alchemist. He is troubled with a recurring dream he has each time he sleeps under a sycamore tree that grew out of the relics of a church. Throughout the dream, a child speaks to him to search for treasure at the foot of the Egyptian pyramids. He made consultation with a gypsy woman to construe the dream, and to his surprise she articulates that he should go to Egypt. Melchizedek, who is represented as an outlandish, magical old man and claimed to be the King of Salem, repeated the advice of the gypsy woman and told Santiago that it is his personal legend to travel to the pyramids. Melchizedek influenced Santiago to sell his flock and set off to Tangier. On arrival to Tangier, a thief robs Santiago forcing him to look for work with a local crystal merchant. The conventional and kindhearted merchant teaches Santiago numerous lessons, and Santiago emboldens the merchant to take possibilities with his business. The risks pay off, and Santiago turns into a wealthy man within a year.

Please note: This is a summary and analysis of Paulo Coelho' s book The Alchemist.

What listeners say about The Alchemist: by Paulo Coelho | Summary & Analysis

The narrator doesn’t even know how to pronounce the author’s name, this is a review and NOT the book. The tittle is misleading when you search for the book. Waste of my money and time.

This Classic Store Changed My Life

Copyrighted in 1988 in Brazil and in 1993 in America and I can't believe it took me until 2017 to find this classic. I read an article in Forbes sharing the favorite books of America's top CEO's and one CEO said he reads "The Alchemist" at least once per year. That was enough for me to immediately buy this audible copy. I listened to it 5 times in row. I bought a paper copy to put in my library. I then bought 5 paperback copies to share with my children, my girlfriend, and business partners. The story deeply thought provoking if you listen to the message behind the story. I now listen to this book every few months just to remind me to stay focused on my "personal legend".

voice is really annoying! no passion no emotion... sounds like a robot! VERY dissatisfied with this purchase.

You could skip this summary. It’s good in that it’s short. That might be all. Narrator isn’t bad.

Beware- this is not the actual book

Made the mistake of buying this without looking closely! IT IS JUST A QUICK SUMMARY OF THE STORY. The one star is only because I didn’t realize it was a review. I never finished listening to it