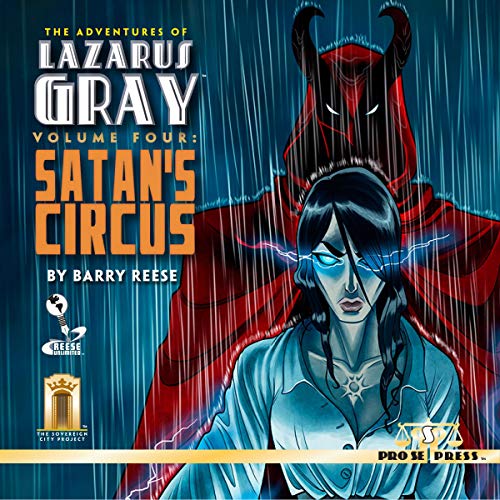 The only clue to his identity was a small medallion with the words "Lazarus Gray" stamped on it. He took that name and became one of Sovereign City's greatest heroes, forming an alliance with other lost souls like himself. Together, they are Assistance Unlimited...and now they face their greatest threats ever!

From award-winning author Barry Reese comes two pulse-pounding tales of pulp adventure: In the first, Lazarus Gray unites with the mighty Thunder Jim Wade to confront a menace from his past and in the second, the mysterious pair of vigilantes known as The Darkling and Eidolon return in a dark tale that reveals hidden secrets that will shake the world of Lazarus Gray to its very core! Also included is Secrets of the Dead, a comic-strip origin sequence by Reese and artist George Sellas! This is sure to be the most popular entry in the series yet!

What listeners say about The Adventures of Lazarus Gray, Volume 4: Satan's Circus